Sharp decline in number of traffic police on roads 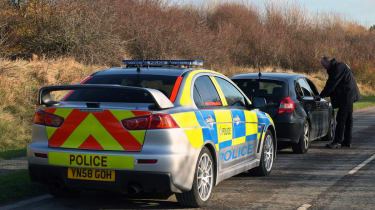 The number of traffic police in England and Wales has fallen by 23 per cent over the last four years, with some areas of the country hit even harder.

Some areas of the country were hit even harder by the drop in numbers, with Nottinghamshire showing a 68 per cent drop in the number of traffic police.

Despite some forces employing a larger proportion of officers on traffic duties per workforce in 2014 than in 2010, due to the total reduction only two constabularies had more traffic officers by the end of March 2014.

Based on a Government response to to a written parliamentary question, the figures show that Devon and Cornwall suffered the biggest cut of 76 per cent, taking its traffic officer numbers from 239 in 2010 to just 57 in 2014.

Meanwhile Essex's traffic police numbers fell by 71 per cent and Wiltshire's dropped by 47 per cent, with Avon, Somerset and Dorset dipping by 39 per cent each.

An RAC spokesman said: "These figures make a mockery of motoring law. If there are not enough police on the road, we can introduce all the new rules we want, but those breaking them just will not get caught."

Do you think there are enough traffic police on our roads? Let us know below...