MPs claimed £4.3m in motoring expenses in past three years 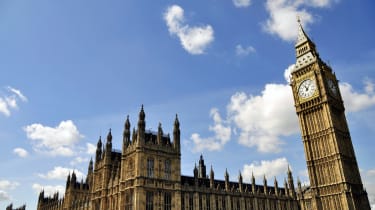 Britain's Members of Parliament have racked up nearly £4.3million in motoring-related expense claims in the past three years.

Taxpayers have been asked to foot the bill for MPs’ yearly expenditure for claims such as parking, the London Congestion Charge and toll fees, plus the use of their own vehicles.

Auto Express has calculated totals for each of the 11 regions defined by the Independent Parliamentary Standards Authority (IPSA), with around £1.4million claimed by MPs per year – an average of £130,000 per region. While MPs in the South West claimed the most in 2014/15, at £179,629, our data reveals the 28 MPs in the West Midlands have the highest expense bill over the past three years. The region’s MPs claimed £550,305 on motoring expenses from 2012 to 2015 – a yearly average of £6,550 per MP.

Some members are still claiming high expenses for car use, though. George Galloway, who lost his Bradford West seat at May’s General Election, tops the list as the highest-claiming MP in 2014/15.

The Respect party leader single-handedly racked up more expenses than two-thirds of London’s MPs put together. A spokesman told us Galloway claimed all £11,676 “for using his car for the round trip between his constituency and Westminster”. The 404-mile drive set the taxpayer back £182 a time, when a return train ticket for the same journey would have cost £128.

Jonathan Isaby, chief executive of the TaxPayers’ Alliance, told Auto Express: “The publication of all travel claims plays an essential part in enabling constituents to scrutinise whether their MPs have proven to be good value for money. “With the publication of these figures, MPs will be reminded just how expensive travelling has become for motorists.”

How MPs’ expenses compare by region

Should MPs be claiming this kind of money in car costs? Have your say in the comments section below...