Men pay £101 more for car insurance than women, and the gap is growing 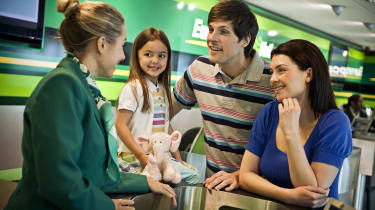 Men pay an average of £101 more for their car insurance than women. That's according to a new study that found the gender gap continues to widen despite EU rules banning insurers from gender favouritism.

According to figures by comparisons site Confused.com, men pay on average £812 for vehicle insurance with women charged on average £711. Men have seen premiums rise by £104 in the last 12 months, while women saw a £84 rise in insurance prices over the same period.

Rules introduced by the European courts in 2012 ban insurers from taking gender into account when calculating premiums, but despite this, the gender gap continues to widen. This is the first time since 2012 that the gender gap has climbed past £100. The gap was as low as £27 when the rules first came into place.

Overall, average insurance premiums have soared by £95 over the last year – an increase of 14 per cent. This means a typical driver can now expect to pay £767 for comprehensive insurance. The price hikes are partly attributed to the recent increase of the Insurance Premium Tax (IPT) by the Government from 10 to 12 per cent.

Across the UK, drivers in the East and North East, as well as Highlands & Islands region in Scotland have seen the average cost of car insurance go up by 20 per cent, from £563 to £589, in the last month – the most out of any region in the UK.

Amanda Stretton, motoring editor at Confused.com said: “Drivers are now paying £95 more on average for an annual comprehensive car insurance policy than they did during the same period in 2015.

“With the average premium standing at £767, the cost of car insurance hasn’t been this high for over four and half years. What’s more, as prices continue to climb, it seems only a matter of time before we’re back at the £858 peak we saw in 2011.”

Have you seen your insurance premium go up from last year? Tell us in the comments below.