Neighbours at war over poor parking

Nearly one in six drivers is annoyed by their neighbour's parking standards, with some choosing to retaliate 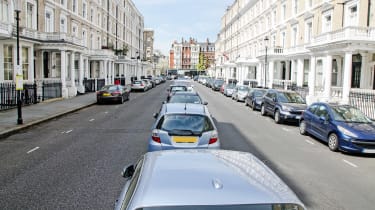 Tensions over how and where neighbours park their cars are causing trouble on the streets or Britain. Motorists say they're angry with their neighbours' parking and some even retaliate by making it more difficult for the badly parked car to drive out.

But instead of settling the disagreement through reasoning and conversation, six per cent of those upset chose to give their neighbours “a taste of their own medicine” by deliberately parking their own cars badly to annoy their neighbour.

A third of these drivers were found to park their car so that it is difficult for their neighbours to get out, with another 29 per cent parking their own car in the neighbour’s spot when they’ve gone out for a drive.

RAC Insurance spokesman Simon Williams said: “Parking is a very sensitive issue, particularly when it’s outside your own home as it brings out the ‘Nimby’ in everyone.

"The moment someone parks selfishly people’s hackles are going to be raised, whether that’s parking in the street when they have the space to be able to park on their own drive or parking so close that it makes it almost impossible to get out."

Does your neighbour park their car poorly? Tell us in the comments below...