'Your views provide real insight for buyers and car makers'

There's nothing more valuable to car makers than knowing what you really think, whether they like it or not, says Steve Fowler 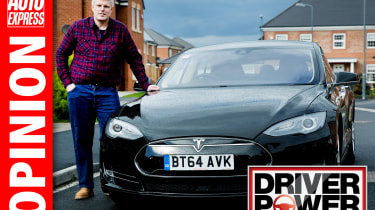 For 15 years now, our Driver Power car ownership survey has revealed the truth about owning cars in the UK. By giving us your honest feedback on the models you drive, you’ve helped thousands of other people choose their next car. You’ve also helped the car makers shape their products – there’s nothing more valuable to them than knowing what their customers really think. And they know you’ll often tell us more than you might tell them.

What this year’s survey tells us is that those of you who are embracing new tech really love it. Six of the top 10 cars are what could be described as ‘alternative fuel’ vehicles – the top two are all-electric, with four hybrid models in there, too.

Top of the lot, and a new entry this year, is Tesla with the Model S – a car and company that punches above its weight in all respects. The Model S has achieved the highest ever overall rating in Driver Power, topping seven of our 10 categories. It’s clear that Tesla owners are a very happy bunch indeed.

Life with Teslas isn’t perfect, though – 33rd place for build quality is the biggest blot on an otherwise incredible copybook. But it’s how any car maker reacts to problems that marks it out as great, and Tesla seems pretty adept at keeping its customers satisfied – even after the initial excitement wears off. 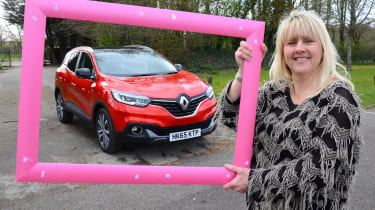 Just as remarkable as Tesla’s feat is that of Renault, with its full EV, the ZOE, in second place. And with the new Kadjar in third place in our Top 150, it’s a remarkable turnaround for the company that was busy slashing its model range just a few years ago.

• Driver Power 2016: the most reliable cars to own

Renault’s focus on customer service, combined with rapidly improving products, is a lesson for other car makers. You have to improve every year in this business or you risk the real danger of being left behind.

What do you think about the 2016 Driver Power results? Let us know in the comments below!

Driver Power is the UK’s number one car customer satisfaction survey and in 2019 it was bigger and better than ever.
Visit/news/352041/what-better-thumbs-existing-owner