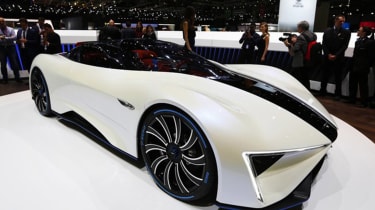 Chinese start-up Techrules has revealed its Turbine-Recharging Electric Vehicle (TREV) at the Geneva Motor Show, boasting both performance and economy with 960kW (1,287bhp).

The Ren - a term which stands for “humanity and kindness” in Chinese culture - features a diesel turbine engine which converts fuel into electrical energy, extending the range to 727 miles from its 80-litre tank.

• The best supercars on the market

Techrules says that an identical TREV system could produce a range of 1,242 miles “depending on the vehicle it is used in.” 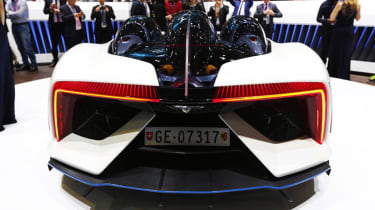 The specs vary depending on the configuration of the powertrain - available with two, four or six electric motors - but in the latter of those, Techrules claims the Ren will do 0-62mph in 2.5 seconds: the same time as a Bugatti Veyron.

It also has a top speed of 199mph, but its selling point is that it can produce this level of performance whilst also keeping emissions to a minimum. With 106g/km of CO2 leaving the tailpipe, it’s cleaner that the EU6 standard for diesel.

“Thanks to the unique modular design of the Ren chassis and powertrain, we have a perfectly engineered vehicle to deliver our TREV technology in the most efficient way,” said Techrules founder William Jin. “Techrules is introducing a luxury electric supercar with great dynamic performance that is more environmentally friendly and more convenient than anything comparable on the market today.”

Techrules says it has used the highest grade luxury materials in the interior of the Ren, finishing the driver and passenger “pod spaces” with cuoio italiano and alcantara leather. 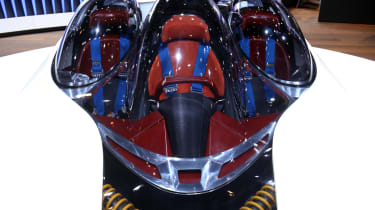 Built upon a carbon fibre chassis, the canopy of the polycarbonate exterior opens up like a fighter jet to allow up to two passengers to board either side of the centrally positioned driver.

Meanwhile, other details include laser headlights and ‘star-burst’ reversing LEDs.

Although prices haven’t been disclosed, production is due to begin in 2018 with a projected volume of ten cars per year. Techrules has also committed to a limited run of 96 track versions of the Ren, to be hand built in Italy.

Get all the latest news and developments from the Geneva Motor Show here...