Has SEAT's revamp of the Ibiza Cupra upped the fun factor enough for it to beat sister brand Volkswagen's Polo GTI? 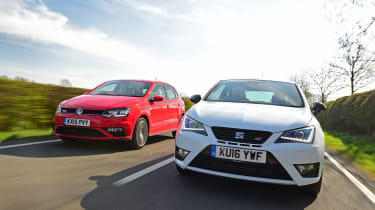 SEAT has a strong track record when it comes to building scorching hot hatchbacks. Its Leon Cupra has scooped the Best Hot Hatch award two years in a row at our New Car Awards, having seen off talented rivals in the form of the Ford Fiesta ST and Volkswagen Golf GTI.

However, every time the brand has tried to apply its performance-car treatment to its supermini-sized Ibiza, the results have been lacklustre. But now there’s a new Ibiza Cupra model on sale; it boasts a more powerful 1.8-litre turbocharged engine that replaces the old 1.4-litre turbo and supercharged unit, and it delivers greater performance and improves efficiency in the process. 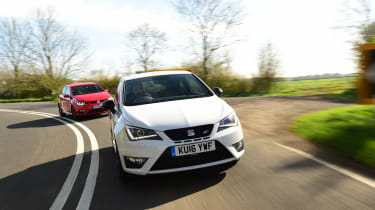 The Ibiza will have to overcome its closest rival to take victory here, though, as the Polo GTI from sister brand Volkswagen uses the very same engine and platform.

Unlike its predecessor, the Ibiza now also comes with a six-speed manual box, which adds extra driver involvement. Plus, it’s £995 cheaper to buy than the Polo, but is this and its sportier image enough to see it conquer parent company VW and its GTI heritage? 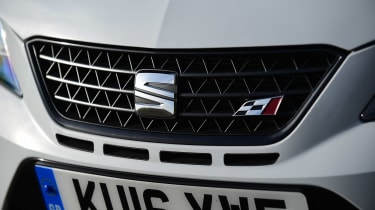 SEAT’s Cupra performance division has been around for 20 years. Although it can’t match the 41-year history of VW’s GTI badge, it’s worthy competition to established hot-hatch players. The Ibiza may not boast quite as much quality or panache, but it doesn’t totally live in the shadow of its Leon big brother, either.

Both the VW and SEAT feature adjustable driving modes to tune their character, but the Ibiza’s has the broader repertoire, offering more comfort in Normal and greater focus in Sport. This is standard on the Cupra, whereas the Sport performance pack is a £250 option on the Polo GTI. 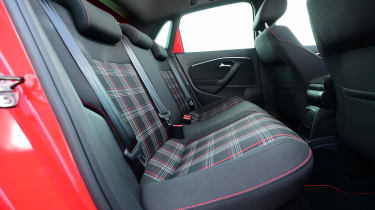 Only the Polo GTI is available in three and five-door form (the latter is £630 extra), so if you’ll be carrying passengers regularly, the VW will be a better bet. The Polo is also the only car that gets the option of a seven-speed DSG auto, adding £1,245. 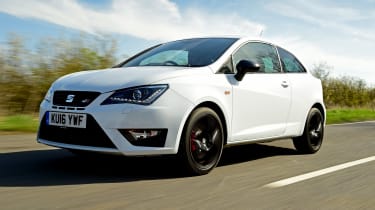 The Ibiza Cupra doesn't hold its value as well or feel quite as upmarket inside as the Polo GTI, but it's more fun to drive. That's what matters most here, and it sees the SEAT take victory by the slightest of margins. There's enough practicality on offer to make the Cupra usable day-to-day, while its more comfortable ride, effervescent personality and sharper agility will put a smile on your face. 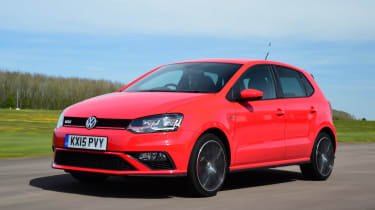 Next to the Cupra, the GTI feels like a more sensible choice. There's still impressive performance on offer and more practicality, but its higher price counts against it in a sector where fun and affordability matter more. Ultimately, the VW doesn't have as much character as the SEAT, but if quality and refinement matter more, then the Polo GTI is worth a look. 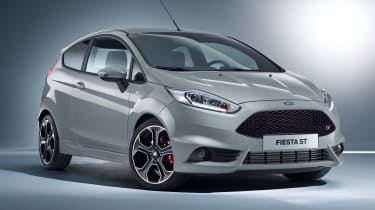 Our current compact hot-hatch king's been treated to a mid-life makeover. Power is up from 180bhp to 197bhp, while there's exclusive Storm Grey paint and two-tone alloys. Expect the ST200 to hit dealers later this summer.