New DS 4 Crossback Moondust edition adds a dash of dark styling, and it's on sale now from £26,410 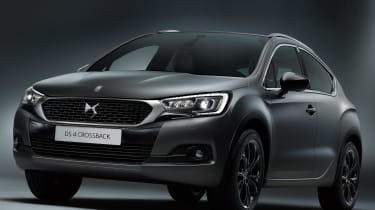 DS has revealed a new Moondust limited edition DS 4 Crossback, which will be limited to only 25 examples when it arrives in the UK this May, featuring several stand-out styling tweaks.

The Crossback is the crossover inspired version of PSA’s premium edged hatchback, and is a rival for the likes of the Volvo V40 Cross Country, Mercedes GLA and Infiniti QX30. This new exclusive version is on sale now. 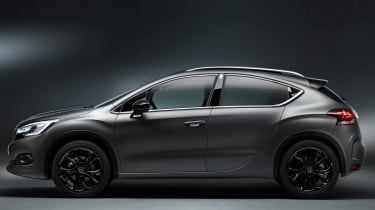 The DS 4 Crossback Moondust special edition is the first car in what the firm calls its “Spring-Summer” collection. It’s marked out by a matte, platinum grey paint finish with black 18-inch alloy wheels and black finishes on some exterior parts such as the bootlid spoiler.

Inside, the cabin is upholstered with ‘Basalt’ black grained-leather, while the DS 4 Crossback Moondust gets plenty of standard equipment carried over from standard Crossback models. Front parking sensors are included, as well as a reversing camera, blind spot monitoring, lane departure warning, a mirror screen for smartphones built into the infotainment display and LED headlights.

Despite being a limited edition model, buyers will get the choice of two engines. The PureTech 130 Petrol version kicks off at £26,410, while the diesel option is priced from £28,140.

What do you think of the DS 4 Moondust? Let us know in the comments... 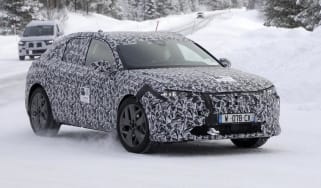 The all-new compact DS SUV has been spied undergoing a cold-weather shakedown. It’s our first glimpse of French premium brand's next SUV