We try out PSA's next-gen autonomous tech, which will make its debut on the DS 7 Crossback, on the outskirts of Paris 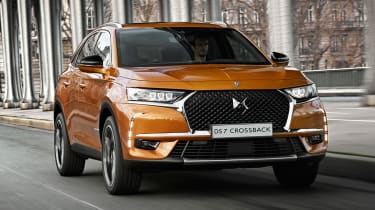 DS will lead the PSA Group’s push towards autonomous driving, when the forthcoming DS7 Crossback introduces Level 2 technology on the French manufacturer’s products early next year.

PSA has already started testing Level 2, 3 and 4 autonomous tech on public roads, thanks to an agreement with the French government that, in what the company believes is a world first, also extends to members of the public (classified as ‘non-experts’) being behind the wheel. A fleet of around 20 cars is now operating out of Velizy, PSA’s R&D headquarters, and engineers have tested its vehicles as far afield as Spain and the UK.

The firm has now confirmed that its next phase of autonomy - including parallel and perpendicular self-parking with no physical input from the driver beyond a button press, and the ability to keep the car in lane and drive along in heavy-traffic situations - will come first on the DS7, arguably the global flagship of the entire PSA range.

“The programme [called AVA, or Autonomous Vehicle for All] will include all three of our brands [Peugeot, Citroen and DS],” said Carla Gohin, PSA’s Head of Innovation, “but DS will get the next phase of the tech first because it is the premium brand,”. She said the core features would not be personalised to fit each marque’s individual buyer profile but admitted, “We will do some things with the HMI [the interface] that differentiate how our customers use the system. This will be the specificity that we introduce.” 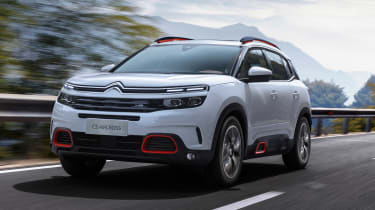 Auto Express understands that Citroen’s forthcoming C5 Aircross, which was revealed earlier this year but isn’t due on sale until the second half of 2018, will also get the DS7’s autonomous functionality.

Gohin confirmed, meanwhile, that PSA has started to evaluate the autonomous tech and strategy of Opel, in anticipation of its purchase of the German brand from General Motors, but she added, “We’ve only just started work on that. We’re really in the early days because the deal hasn’t been completed yet.”

Auto Express has had a sneak preview of PSA’s next-gen autonomous tech in a Citroen C4 Picasso on motorways near PSA’s R&D centre in Velizy on the outskirts of Paris. The car in question is fitted with a single mono camera behind the rear-view mirror, plus a front radar and a central front Lidar sensor. It doesn’t use high-resolution mapping, but that technology has already been installed on some of PSA’s other autonomous test vehicles; indeed, it’s a core part of the firm’s New Electronic Architecture. 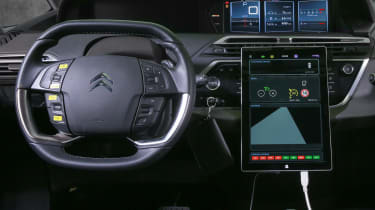 Inside the cabin, the only clue to the C4’s ability is a large tablet bolted into the centre of the dashboard, and a marked-up switches on the steering wheel. The system’s sensors all report into the tablet, which then informs the driver when the parameters - mainstream motorway running, basically - are in place for the car to take full control. Then a single steering wheel button activates the autonomous mode.

What happens next is, well, reassuringly normal. The C4 applies the throttle and brake smoothly, following the pace of the traffic in front when there is some, and sitting at the speed limit when there isn’t. As with other autonomous vehicles we’ve sampled, there are dozens of small steering adjustments visible on the wheel, but you don’t really feel them as multiple inputs.

The car keeps a sensible distance to the traffic in front, and it can also change lanes to overtake if the driver operates in the indicator, then checks the surroundings and confirms the manoeuvre via a button at the end of the stalk. Changes in speed (up or down) are suggested based upon road sign recognition, but confirmed via a steering wheel button. 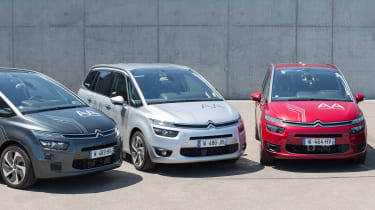 It’s impressive stuff, even though it only works on motorways. It’s easy to see how a long slog from, say, London to Manchester could be made much easier by the ability to take hands and feet off the controls, and do something else instead, such as checking emails, reading a book or watching a movie.

That may sound flippant, but on busy French motorways at up to 130km/h, even our driver felt relaxed enough to start looking around him instead of keeping his eyes on the road. Insurance companies and countless regulatory authorities may not be so easily won over.

What do you think of the rise of autonomous vehicles? Let us know below...