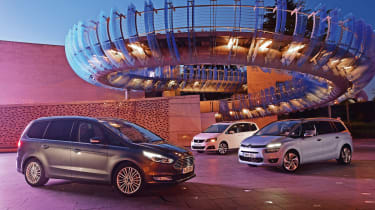 Ford clearly thinks two cars are better than one in the MPV class. Its Galaxy and S-MAX people carriers have been sold side-by-side for nearly a decade, and this year sees the launch of all-new versions of both. 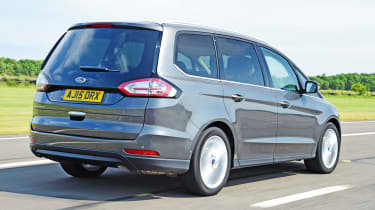 We’ve already tested the S-MAX, where it came second to Citroen’s Grand C4 Picasso. In that test, we thought the new Galaxy, with its bigger internal dimensions, might be a better pick than the S-MAX. Now we can find out. 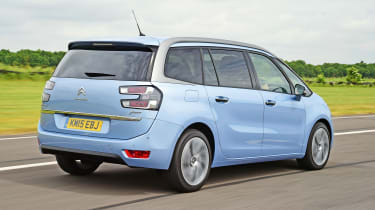 Once again we’ve lined up the Grand C4 Picasso for a rematch – can our class champ’s price advantage make up for the fact it trails the Ford on space?

The Citroen retained its Best MPV crown at our New Car Awards 2015, plus we’re throwing into the mix the model that won the gong in 2013 – the SEAT Alhambra – to see exactly where the Ford fits in the seven-seat MPV market. 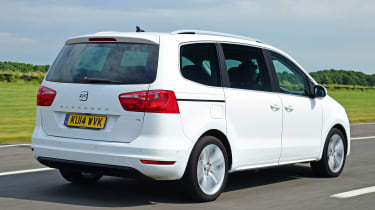 So, how will the new Galaxy compare against two of the best in the business?

Click the links above for individual reviews, and scroll down to see which large family holdall comes out on top... 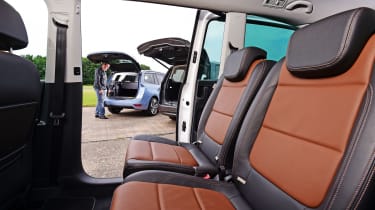 Our measuring tape reveals the Galaxy has the largest boot floor area of these three, but the Grand C4 Picasso offers a lower lip, which makes loading easier. The Ford’s tailgate doesn’t open very high, so tall users may bang their heads, while the SEAT’s sliding doors mean you’re unlikely to suffer any car park dings when opening them. 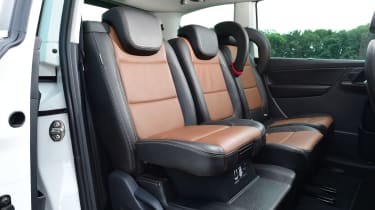 All three cars feature a trio of Isofix mounts in the middle row, and enough room to fit three child seats comfortably. SEAT offers a pair of integrated child seats for £425. These feature pop-up seatbases and headrests with additional side protection, and use the standard seatbelts. 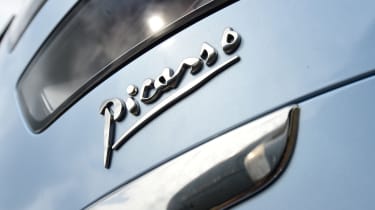 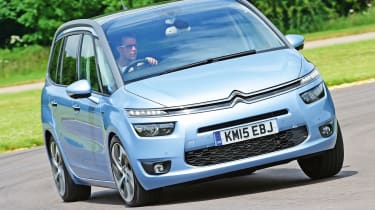 It’s clear that the Grand C4 Picasso is very tough to beat in the people carrier class. It doesn’t have the outright boot space of the Ford Galaxy, but it more than makes up for it with a host of practical touches. Combine this with a relaxed and refined driving experience, low running costs and a long kit list at a great price, and it really is the only car to choose for big families. 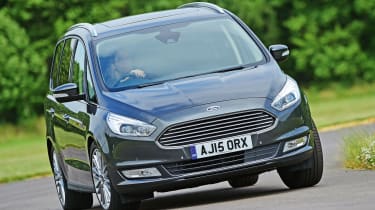 The Galaxy is a refined and comfortable people carrier, and there’s no arguing with the vast boot space. However, the car has lost the driving pizzazz that made its predecessor so attractive. Plus, it feels cheap inside compared to the Picasso, despite its higher list price. Running costs are reasonable on the auto model, but we’d save even more cash and take the S-MAX instead. 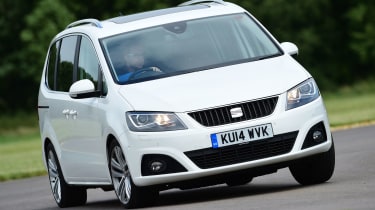 There’s a lot to like about the SEAT, including its spacious cabin, useful sliding doors and long kit list. It’s also surprisingly involving to drive, yet doesn’t offer a big enough space advantage over the Citroen to justify its price. The diesel is punchy, but high CO2 and running costs hold it back – although the imminent new model, with its cleaner engine, should be more competitive.