The new pumped-up HPE800 Ford Mustang gets a supercharged 5.0L V8 with more than 800bhp to celebrate 25 years of Hennessey Performance. 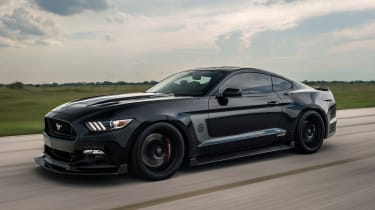 Hennessey, the tuning company that specialises in amping up American muscle cars, promises 'supercar performance' in each of the 25 HPE800 Ford Mustangs that will be produced to celebrate its 25th anniversary. 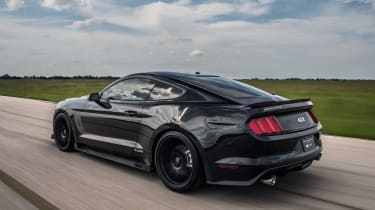 To mark the special anniversary, Hennessey is including a limited edition serial numbered plaque and a Hennessey 25th Anniversary certificate of authenticity with each of the 25 cars. There are also premium touches inside and out, such as embroidered headrests and Supercharged badging. 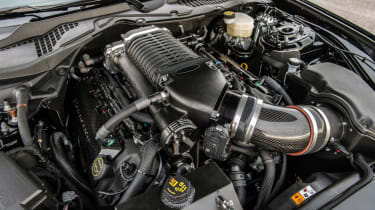 The anniversary editions come with Hennessey H10 Lightweight 20-inch wheels with Michelin Pilot Super Sport tyres. It gets upgrades on the fuel injectors and the axle-back exhaust system, and it is offered with a 3-year/36,000 mile warranty.

What do you think of Hennessey's 25th anniversary HPE800 Ford Mustang? Let us know in the comments below...