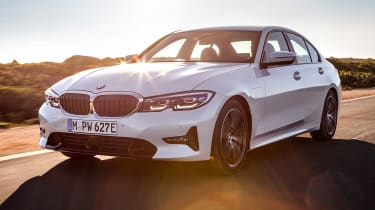 BMW has issued a widespread recall for all of its plug-in hybrid vehicles due to an issue with their battery packs. The list of affected models includes the X1, X2, X3 and X5 SUVs, the 3, 5 and 7 Series saloons, the 2 Series Active Tourer, the i8 and the MINI Countryman.

The recall applies to any of these PHEV models that were built between 20 January and 18 September this year – and BMW estimates that roughly 26,700 vehicles have been affected worldwide, 2,930 of which are currently registered to UK buyers.

BMW’s engineers have found some discrepancies in the manufacturing process of its battery packs. There’s a concern that foreign contaminants may have been sealed into the units during their assembly, which have the potential to short circuit the battery pack and cause a fire.

A spokesperson for the brand said: "BMW Group has launched a worldwide safety recall and stopped delivery of a small number of plug-in hybrid vehicles as a preventative measure to check the high voltage battery. Internal analysis has shown that in very rare cases particles may have entered the battery during the production process.

“When the battery is fully charged this could lead to a short circuit within the battery cells, which may lead to a fire. Around 26,700 vehicles are affected worldwide, some of which are already with customers – with the remainder awaiting delivery. BMW apologises for the inconvenience caused to customers, but of course safety must come first."

BMW isn’t the only company plagued by battery-motivated recall issues, though. Ford, who uses the same battery supplier as BMW, issued a similar notice for the Kuga PHEV this summer after four vehicles short circuited and caught fire.

Earlier this month, Hyundai also issued a recall notice for the Kona Electric after 16 reported cases of cars catching fire, which forced the Korean brand to recall more than 25,000 vehicles in South Korea. However, the cause of the malfunctions – and whether the issue concerns UK-delivered vehicles – is yet to be officially determined.

Is your vehicle affected by BMW’s new recall? Let us know in the comments section below… 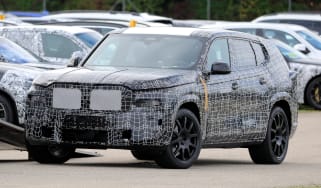