Hyundai announces new i20 Coupe will start from £12,725 when it goes on sale at the end of March 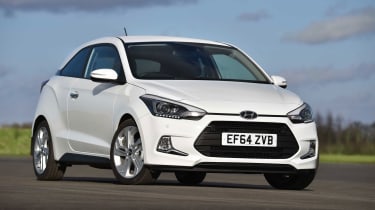 Hyundai revealed it was bringing back a dose of style to its range with the new i20 Coupe late last year, and the firm has now revealed full pricing details. Set to go on sale on the 26 March, the three-door version of the i20 hatch will start from £12,725, an increase of £2,000 over the five-door hatchback. It gets the choice of a 1.2-litre petrol and 1.4-litre diesel engine.

The swoopy three-door is the firm's foray back into the 'coupe' market since the third-generation Coupe was axed a few years ago. Hyundai is keen to market the i20 Coupe as a sportier, more lifestyle-oriented model, and that reflects the price increase over the Ford Fiesta-rivalling five-door. The base £12,725 price also gets you more kit than the five-door, and a more powerful engine. 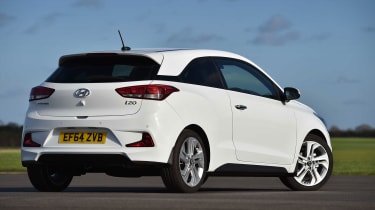 The Coupe is only available with two power units; a 1.2-litre petrol unit delivering an output of 83bhp, mated to a five-speed manual gearbox, and a 1.4-litre CRDI diesel engine with 89bhp and a six-speed 'box as standard.

Standard kit for the base SE spec includes 16-inch alloys, Bluetooth, cruise control, rear parking sensors and a rear spoiler. Jump up to Sport trim, priced from £13,725, and you'll get 17-inch alloys, as well as automatic lights, climate control and tinted windows. Topping the range is a Sport Nav model, which adds a new integrated touch-screen sat nav, rear-view camera and DAB radio for £14,400. 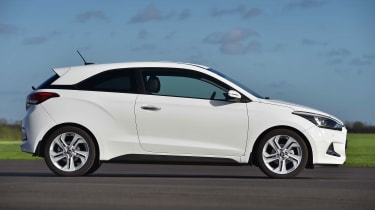 To help differentiate the Coupe from the five-door, alongside the wider stance and swoopier styling, Hyundai has also introduced a new colour option called Tangerine Orange. Despite the sloping roofline, the i20 Coupe offers a 336-litre boot which is larger than the hatchback.

Check out how the Hyundai i20 matches up to the Skoda Fabia here. 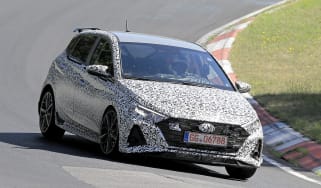 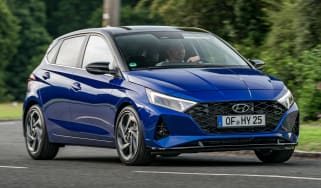 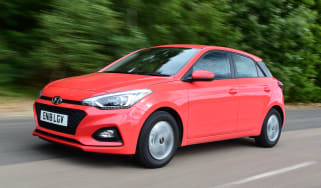 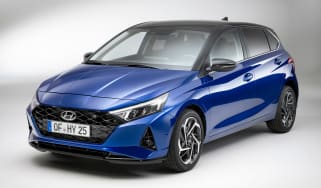