Skoda Fabia vs Hyundai i20

Can Skoda’s classier Fabia scale the heights of the supermini class and beat the Hyundai i20? 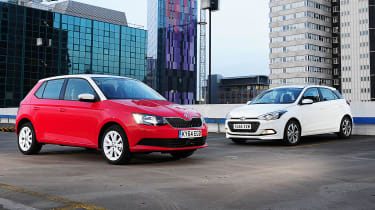 The supermini class is hugely important for manufacturers, as sales are potentially enormous. However, as there are lots of contenders in the sector, a car needs to be really special to stand out from the crowd.

One model hoping to make an impact is the new Skoda Fabia. The third-generation model is on sale now, and while the 1.2-litre turbo petrol version had to give second best to the Volkswagen Polo in its first test, Skoda expects the 1.0-litre model tested here to be the biggest seller in the range. 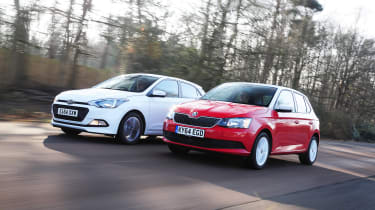 To find out how it compares, we’ve lined up another recent arrival – the new Hyundai i20. The Korean supermini is bigger than ever and delivers a generous level of kit, while its list price is similar to the Fabia’s.

The diesel model impressively had the measure of the hard-to-beat Polo in a previous test, so can the 1.2 petrol version deliver a similar winning display against the Fabia?

Follow the links above to read individual reviews, and scroll down to see which supermini comes out on top in this twin-test... 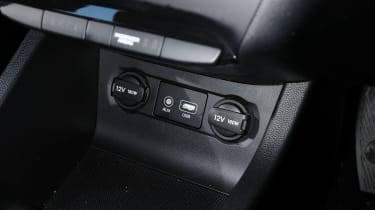 When cars like these are so evenly matched, it’s the little things that can add appeal. Both models have USB sockets for connecting MP3 players, but the i20 includes two 12V sockets instead of one.

However, the Fabia has useful touches elsewhere. There’s an ice scraper fixed to the inside of the fuel filler flap, while bag hooks and a semi-circular basket in the side of the boot stop small items from sliding around. 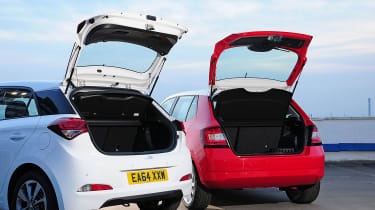 The Fabia’s 330-litre boot has a low lip, so it’s easier to load than the i20’s 301-litre area. Skoda also allows you to mount the parcel shelf at half-height, although we can’t see any real reason why. However, unlike in the i20, the Fabia’s back seats don’t fold flat, and there’s no underfloor storage.

There’s only 11g/km difference between our duo, but the Fabia’s 108g/km emissions put it in a lower tax bracket than the i20. Private buyers probably won’t quibble about the £10 extra the Hyundai costs, while lower-rate business users will see an annual difference of £51 between the two. 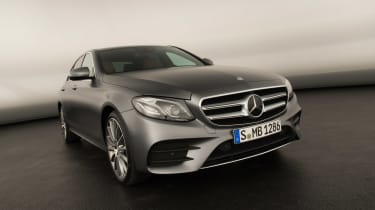 This test proves exactly how tough competition in the supermini class is, because the Fabia wins here by the tiniest margin. It’s as roomy as the i20 inside, but the boot is bigger and there are more practical touches throughout. While the Skoda was slower at the track, it rarely felt out of its depth on the open road, while stop-start should ensure decent economy. Add in a livelier drive and better safety kit, and it edges victory. 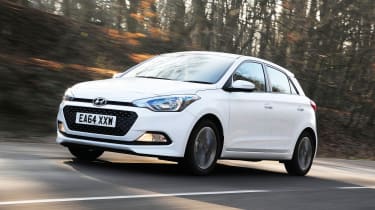 Although the Fabia came out on top, you certainly wouldn’t feel short-changed if you chose the i20. It’s spacious inside and feels well built, while the 1.2 petrol is a smooth performer, although if it had stop-start it would be even more cost effective. However, the i20 is pretty ordinary to drive, while the lack of personalisation options and advanced safety kit will be a stumbling block for some buyers.