Jaguar has introduced a range of updates for its XJ luxury saloon, not least a 567bhp V8 for the 186mph Jaguar XJR575 range-topper 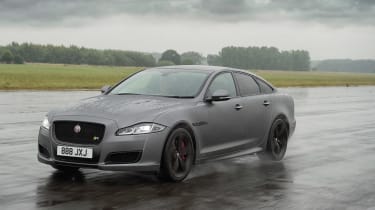 Jaguar has announced a range of updates for the XJ, including a new top of the range XJR575 model that gets a power boost over the previous XJR.

It’s available in two new colours, Velocity Blue and Satin Corris Grey, and gets sporty sills and bumper designs as well as a rear spoiler, gloss black air intake surrounds on the front and special bonnet vents. There's also a set of 20-inch black alloys and red brake callipers. On the inside you’ll find XJR575-badged tread plates and quilted seats.

The rest of the updated XJ range gets a new 10-inch touchscreen display with a new 4G Wi-Fi hotspot that supports up to eight devices at once. New safety kit on the updated model includes forward traffic detection, lane keep assist, autonomous emergency braking and a tiredness monitor.

Would you pick the new Jaguar XJ over an S-Class or 7 Series? Let us know in the comments... 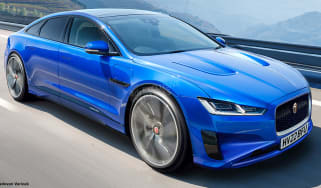