The American 4x4 brand has revealed a plug-in powertrain for the Renegade and Compass SUV, with a Wrangler variant following in 2020 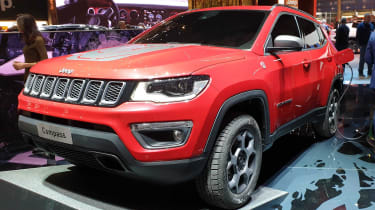 Jeep previewed its new plug-in hybrid powertrain at this year’s Geneva Motor Show. Due to be fitted to the firm’s Renegade and Compass SUVs, Jeep claims its new drivetrain will provide improved fuel economy and better performance than its conventional engines.

• All the latest from the Geneva Motor Show

Both models will come with Jeep’s new electric all-wheel-drive system. The front wheels are powered by the internal combustion engine, while the rears are driven by an electric motor. Jeep claims this system improves both off-road ability and on-road efficiency, thanks to the amount of low-down torque available from the electric motor. 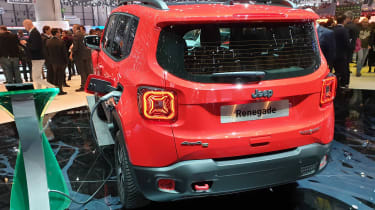 Jeep’s new PHEV drivetrain also features a pure-electric mode, enabling a range of roughly 31 miles, and a top speed of up to 80mph. Both the Renegade and the Compass can be charged using conventional electric car chargers, and both deliver CO2 emissions of 50g/km.

The new models are part of a plan to introduce electrification across a broad spread of the Jeep family. Jeff Hines, head of Jeep in Europe, the Middle East and Asia, confirmed to Auto Express that the Wrangler would be the next model in the range to recieve the PHEV treatment, with an electrified variant arriving in 2020. A fully electric Jeep will be offered shortly after, though the model in question won't be revealed until the 2020 Geneva show.

The new drivetrain will also probably feature in the production version of the new Alfa Romeo Tonale, which will share the same platform as the Jeep Renegade. Prices and full specs for the new powertrain are yet to be announced across the FCA range, but we’ll update you when they’re available.

What are your thoughts on Jeep’s new PHEV powertrain? Let us know in the comments section below…

Welcome to our Geneva Motor Show hub page, scroll down for all our Geneva content...
Visit Jeep Renegade review 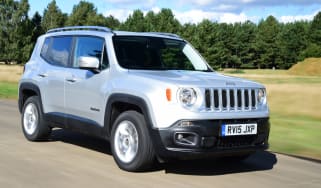 The Renegade is the smallest and cheapest Jeep, but does it still deliver on the brand's rugged image?
Visit Best 4x4s to buy now 2020

After a four-wheel-drive vehicle with a bit more off-road clout than the average SUV? Our top 10 best 4x4s list is the place to go…
Visit Used Jeep Renegade review 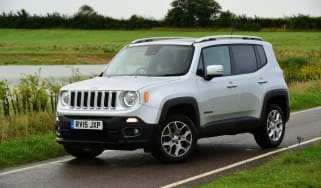