How to rebuild the sunroof on Freelander 1

We don’t need sunroofs in winter, but they’ll still leak, even when kept closed. Ed Evans seeks a watertight solution. 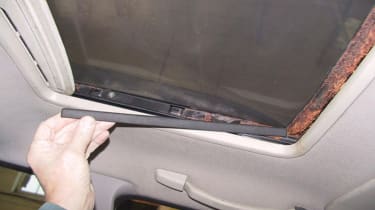 The sunroof on this Freelander has let a lot of water in over the years, even though it was just an occasional drip. Despite checking the sunroof’s drain lines, fitting a new seal to the glass and re-aligning the roof, the steady drip continued when the rain and wind suited.

The result was a heavily corroded internal frame on the underside of the glass, and it led to the replacement of the lift mechanisms on both sides purely because the screws were too rusted to be removed. It’s another example of how prompt and more complete maintenance can save much time and money later. This extra work caused by the corrosion problems means that this feature now includes how to change the glass and its steel frame, replacing the glass’ sealing strip, motor removal and replacement of the lift mechanisms – which just about covers everything. We’re in the Britpart development workshop with Steve Grant, finding more than we bargained for.

Despite renewing the two lift mechanisms because of the seized screws still holding the remnants of the glass roof’s metal frame to them, we still had a problem. The new mechanisms came with the threaded brass inserts fitted to accept the screws which hold the glass panel’s frame to the mechs, but they didn’t come with new screws. Normally, you would reuse the screws that came out of the old mechs, but ours were rusted in. So that meant a trip to the local hardware supplier where Steve sourced six socket head screws of the correct 4BA thread. 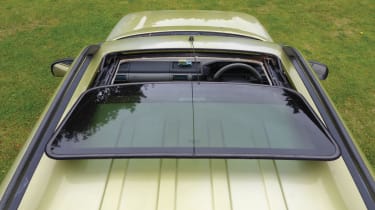 The heads were larger than those of the original Torx screws, but they would have to do. And the screws were too long for the blind holes they would be screwing into, so Steve shortened them and filed up the ends of the thread to ensure a good entry. We would also need washers under the heads, which were smaller in diameter than the original Torx heads. For this particular model, the replacement steel underframe with a new glass bonded to it is supplied by Britpart and is a Genuine Land Rover part, number EFT500070. Expect to pay around £128.

When reassembled, the sunroof worked perfectly – open, close, tilt – and, in the two months since doing the job, not a drop of water has come through, despite standing out in the weather and driving in heavy rain. If yours is leaking, then before fitting a new seal around the glass, check the bonding of the steel frame to the glass, and check whether it is seriously corroded. If it is, it will allow the glass panel to move in the aperture, so that even a brand new seal cannot do its job. The answer in such cases, is a new glass and bonded frame assembly. 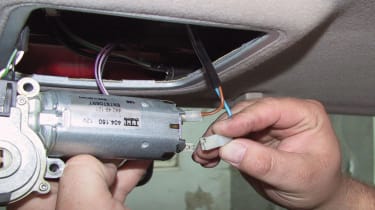 If the motor needs changing, it will lift out through the headlining after unplugging the cable connectors. 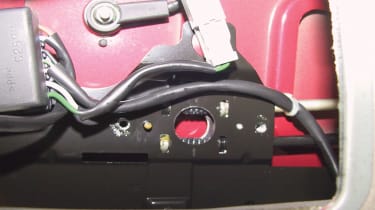 The  gearwheel on the top of the motor engages in the circular hole in the gearbox here, between the two drive cables 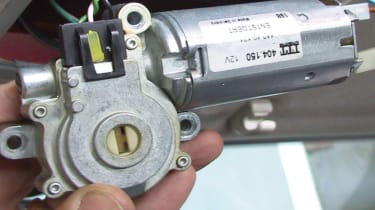 The screwdriver slot on the motor can be used to turn the motor gear, to align the teeth with the cables when refitting it. 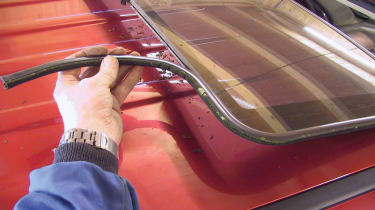 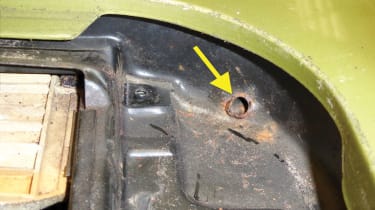 Gently pour water into the roof near the drain tube. It will exit under the car, unless tube is blocked (use air line) or disconnected inside.

With JLR CEO Sir Ralph Speth retiring, Steve Fowler looks at who in the automotive industry looks set to replace him
Visit/jaguar/108898/jlr-desperately-needs-a-range-of-smaller-cars-and-suvs