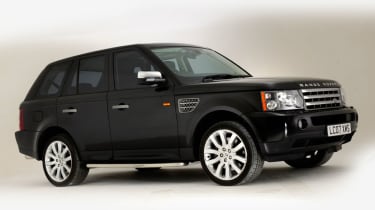 While the Sport is great to drive, it can be a nightmare to own if you don’t do your homework. Many have been plagued by poor reliability, and there’s only so much you can do to reduce the high running costs: thirsty engines mean you’ll be spending plenty on fuel and road tax. But demand for the Sport is still strong. Second-hand prices are proof of that, as you need £15,000 to secure a seven-year-old version of a car that cost from £40,000 at launch. Once you’ve driven one, you’ll see why.

When Land Rover decided to make the Range Rover brand more accessible in 2005, by launching a smaller, sportier edition, there were raised eyebrows.

However, enthusiasts needn’t have worried because the Range Rover Sport was – and still is – supremely capable off-road, while also providing a great on-road experience.

Although newer competitors are better to drive than the Sport on the Tarmac, when it comes to all-round ability few cars can match the junior Range Rover’s talents. Unfortunately, it’s not all good news, as there are some pitfalls to catch out the unwary. Here’s what to look for...

For 2010 Land Rover brought in a brand new range-topping Autobiography trim level, along with a supercharged 5.0-litre petrol V8 engine. Then, for 2011, the company went the opposite way by discontinuing the TDV8 and launching a 208bhp version of the 3.0 TDV6 engine, which is ideal for those looking for economy above all else.

The BMW X5 is the Sport’s main rival, as it’s superb to drive and has a strong image. It’s also more efficient, better built and later cars have seven seats.

King of the driver-focused SUVs is the Porsche Cayenne; running costs are high, but performance and handling are superb. Also consider the second-generation Mercedes ML; it’s capable off-road, solidly built and comfortable.