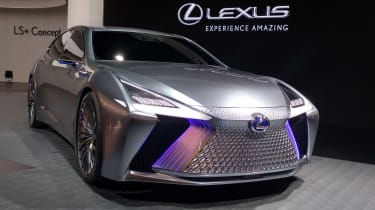 Lexus has presented a concept variant of its LS luxury saloon called the LS+ Concept at the Tokyo Motor Show.

The LS+ Concept showcases the Japanese marque's AI-derived autonomous driving technology. One of the AI’s autonomous features is Highway Teammate that has the ability to drive on the motorway from slip road to exit in fully autonomous mode without any input from the driver. 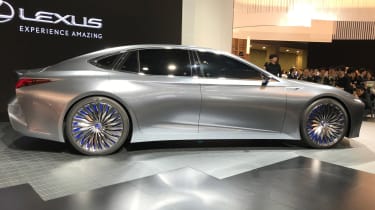 This feature is an addition to the already autonomous-filled production LS set to go on sale in 2018, which will gain from features such as automated merging, lane changing and lane keeping on motorways.

• All the latest from the Tokyo Motor Show 2017

Thanks to the AI technology featured on the LS+ Concept, software updates can be downloaded directly to the car so the driver can benefit from all-new features such as information on surrounding areas. This helps grow the car’s brain so to speak and makes driving become less of a chore. 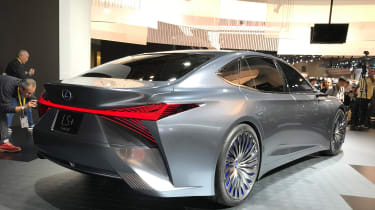 Style-wise, the LS+ boasts Tron-style lighting on either side of the front grille underneath the headlights to distinguish it from the standard LS saloon, as well as bigger and more dramatic wheels. One bar LED taillights is another unique design feature.

The LS+ Concept was announced alongside a range of Lexus ‘F’ models to celebrate the 10th anniversary of Lexus’ performance offshoot with the launch of the IS F back in 2007. The RC coupe and GS saloon will get a limited edition F overhaul with only 50 examples of each to be made for the Japanese market only.

What do you think of the Lexus LS+ Concept? Let us know in the comments section below... 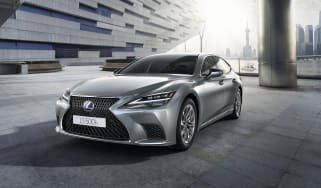 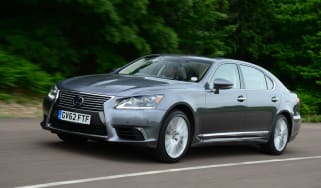