"Launching a new car brand is not for the faint-hearted" 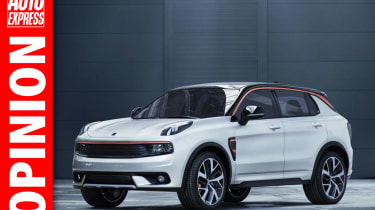 THE launch of an all-new car brand is always interesting. But I found last week’s global introduction of LYNK & CO – Chinese giant Geely’s project that aims to take the connected car concept to a new level – especially fascinating, not least because of the honesty of all involved.

Firstly, Conghui An, president and CEO of the Geely Auto Group, tacitly admitted: “Many will say the world does not need another auto brand.”

Then Brit Peter Horbury, executive vice president of Geely Design, confessed that creating the all-new brand was “incredibly challenging”. Starting with, literally, a blank piece of paper was, he continued, “daunting, but also liberating”. The brand’s SUV, the 01 is, to these eyes at least, a credible start. 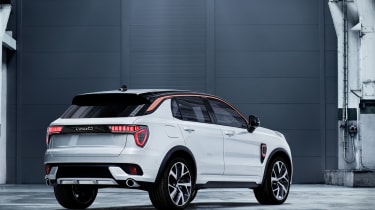 And then, of course, there is the fact that Geely’s involvement will conjure up mainly negative preconceptions for some buyers on account of its Chinese heritage. LYNK & CO vice-president Alain Visser tackled this head on, saying: “We think that this may be one of the biggest potential hurdles. There is a perception of lack of quality with Chinese cars, and even of fake products. That’s why our link with Volvo [another Geely brand] is so important.”

The fact LYNK & CO has gone to such lengths to develop the car in Sweden and give it a European look, when half its sales will be in China, says a lot about how Chinese cars are seen in their home market. I’ll be curious to see if this bold approach works.

What does it all mean for Brits? Well, an innovative sales model – with opportunities for sharing, leasing and subscriptions for urban users – is arguably of more interest than the car itself. “We’re selling mobility, not cars,” is how Visser put it. With recent data showing London is set to become a 10million megacity by 2024, LYNK & CO’s arrival could be quite timely. You can bet the industry will be watching with interest.

Do you think LYNK & CO will succeed? Let us know in the comments below...