Latest Mazda 6 gets new technology to make it more comfortable, plus interior upgrades 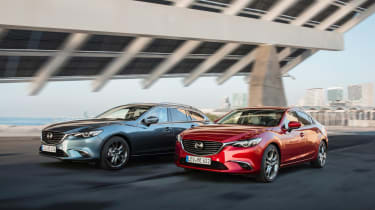 Mazda has revealed a handful of updates for the Mazda 6 family car, which now gets the brand's innovative new G-Vectoring Control tech that we tried out earlier this year.

The system controls engine torque to make tiny adjustments while steering. The system sounds complex - for a full explanation read our first test here - but the end result is a car that is more comfortable over long distances and has more grip. 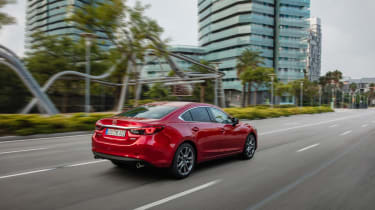 The engine line-up is unchanged, so there's still two versions of the 2.0-litre petrol and two 2.2-litre diesels. The diesel version have some new tech to make things quieter, though, called Natural Sound Smoother Technology (NSS). This uses a special sound damper in the engine to keep things subdued. Mazda says the diesel is more responsive than before, too. 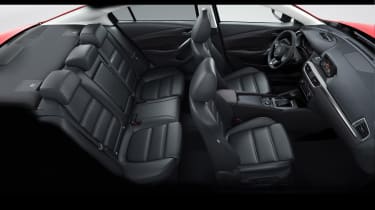 Other changes to the line-up include a new paint colour, Machine Grey Metallic. Inside, there's a new leather steering wheel, and if you go for the Sport Nav model there's a new head up display with traffic sign recognition, electric memory seats and a heated steering wheel. Power-folding mirrors are standard on SE-L Nav cars, as well as auto city braking tech.

Would you buy a Mazda 6 instead of its rivals? Leave us a comment below!