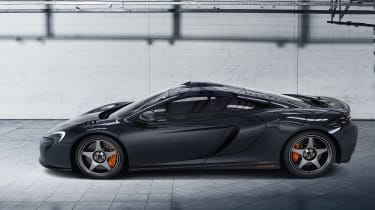 McLaren is well known for taking great pride in its race victories, so it's no surprise that the company has announced a limited-numbers special edition of its 650S supercar to celebrate its famous Le Mans 24 Hours win. Badged 'Le Mans', the 650S special is built to commemorate the British firm's dominance in the 1995 endurance race, in which its McLaren F1 GTR race cars finished first, third, fourth and fifth.

Only 50 examples of the McLaren 650S Le Mans special edition will be made and all will be coupes. Priced at £244,500, the cars are available to order now with deliveries commencing in the middle of the year. Built by McLaren Special Operations (MSO), the cars feature design additions inspired by the #59 race winning McLaren F1 GTR. 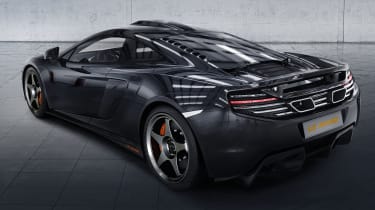 Exterior changes include the traditional Sarthe Grey paintwork, plus there's a unique roof-mounted 'snorkel' air intake borrowed from that race car. The latter isn't just for show, as it channels extra air into the car's 3.8-litre twin-turbo V8, and claims to provide added aural drama in the cabin. New front louvres also increase downforce by relieving air pressure over the wheels.

Those wheels are unique, too: they're lightweight, detailed in orange, measure 19 inches at the front and 20 inches at the rear, and are shod in McLaren-developed Pirelli P Zero™ Corsa tyres. There's also carbon detailing on the front splitter and rear bumper, as well as extended side blades and an MSO rear diffuser. 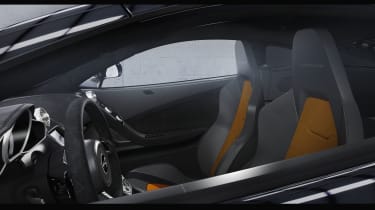 The interior is swathed in black leather and Alcantara, while the two sports seats are finished in black with contrasting McLaren orange details. A Le Mans logo is embossed on the headrest of the seats and the floor mats. Buyers will also be invited to an exclusive celebration of the anniversary of the famous win at the legendary Circuit De La Sarthe race track in Le Mans, France.