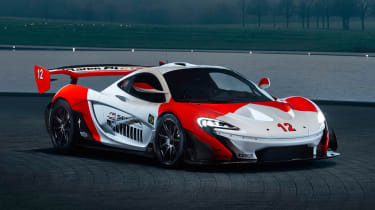 It was commissioned by a private collector, and is a faithful replication of Senna’s livery. Finished in McLaren Rocket Red and Anniversary White, the entire design was hand-painted in a painstaking process which took more than 800 hours to complete.

Details on this bespoke McLaren P1 GTR includes Senna’s race number 12, Senna branded exterior script, the Brazilian’s “Driven to Perfection” slogan on the doors and intake, and Brazilian flags on the car’s flanks. 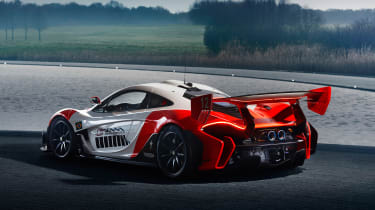 Nicknamed “Beco” by the owner, and designed with the blessing of Senna’s family, this modified P1 GTR also includes a 24-carat gold heat-shield, a Lexan engine cover, new engine bay shrouds and a range of exterior modifications.

Outside, “Beco” has been fitted with a new front splitter, new dive planes, an updated rear diffuser and a larger rear wing, which is supposed to echo the wing fitted to Senna’s 1988 F1 car. These modifications mean that this one-off P1 GTR now generates up to 800kg of downforce.

The interior features of range of F1-inspired modifications, including an Alcantara-trimmed steering wheel (colour-matched to Senna’s wheel, of course), racing seats from the McLaren Senna, an Alcantara-trimmed fascia panel, as well as Senna-branded dash and door panels.

Now read our review of the standard McLaren P1. Let us know your thoughts in the comments section below...