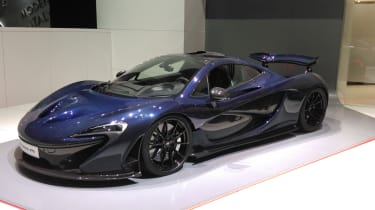 McLaren has paid tribute to the McLaren P1 hypercar with a one-off model with more than £200,000 worth of modifications. The car, featuring exposed carbon fibre bodywork, has been built by McLaren Special Operations. It has been joined by an MSO-designed McLaren 675LT Spider on its stand at the Geneva Motor Show.

The P1 on show is a customer project completed by MSO’s bespoke division. It features hand-laid carbon fibre panel with a bespoke ‘Lio Blue’ coloured lacquer. Although the ‘full visual carbon fibre’ finish has been available to P1 owners for the last few months, this marks the first time is has been displayed publically.

It also has gloss black wheels, a black Alcantara interior with blue stitching. A 24-carat gold exhaust headshield is also fitted – a tribute to the McLaren F1, which famously had a gold-plated engine bay. 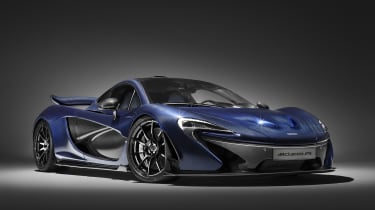 An insider confirmed the bodywork cost some £220,000 to complete – more than the price of McLaren’s current most expensive production car. The work involved new panels being constructed with an even carbon weave to ensure a perfect finish. The panels fitted to the standard car are covered with paint, meaning the perfect layering of the carbon finish is less important.

The source said that several P1s have been returned to the factory for the visual carbon fibre finish, and confirmed that while it’s not currently offered to owners of other McLaren models, such as a the aluminium-bodied Sports Series or the composite-bodied Super Series, there is no technical reason why the work could not be carried out. 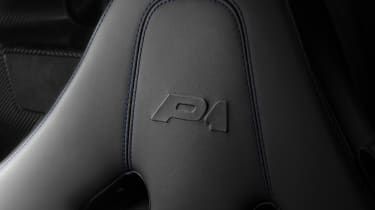 • McLaren P1 replacement to be all-electric

Inside the MSO Long Tail is fitted with black Alcantara seats with yellow stitching and some of the car’s dials are finished in a bespoke colour. Like the P1 on show, the 675LT also has a gold exhaust heatshield but, despite the visual modifications, the 675LT remains mechanically unchanged.