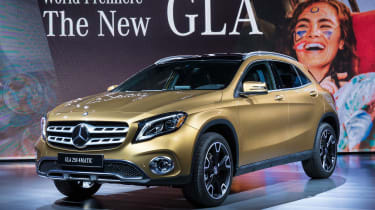 Mercedes has revealed initial prices and specs for its facelifted GLA crossover – one of the marque’s introductions at the recent 2017 Detroit Motor Show.

The BMW X1 rival has received a raft of design tweaks inside and out, indented to make the car appear chunkier and more rugged. Improved standard equipment is also included, and the updated car is on sale now ahead of first deliveries in April. The entry level GLA 200 SE starts from £25,880, marking a slight price increase.

The mid-life styling changes to the GLA include revised bumpers, fresh lightweight alloy wheels and a new Canyon Beige colour choice. In an effort to create a more SUV-like design, Mercedes has also raised the ride height by 30mm with the standard ‘off-road comfort suspension’ option. Lowered suspension is still available to order, however. 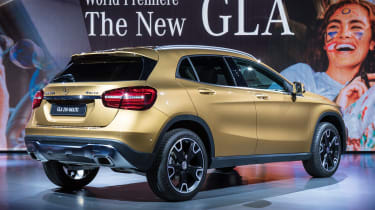 SE trim cars now benefit from keyless-go as standard, as well as Apple CarPlay and a reversing camera. Upgrade packages, such as the Premium package at £1,695 introduces satellite navigation, parking assist, plus LED headlights, while the more expensive Premium Plus upgrade pack at £2,995 builds on these additions with the Keyless-Go package and a panoramic sunroof. 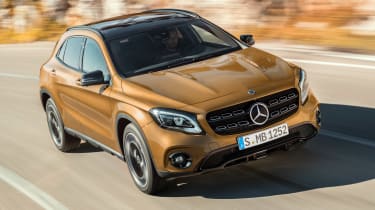 To mark the launch of the new GLA, a special edition WhiteArt Edition GLA will hit the showrooms. Priced from £31,260 for the GLA 200 WhiteArt edition, it's based on cars finished in AMG Line trim, including 19-inch alloy wheels, black leather upholstery with contrasting white and grey stripes, plus the Premium package bundled as standard. The WhiteArt specification will be available on the A-Class, CLA and CLA Shooting Brake too.

The hot Mercedes-AMG GLA 45 gets specific upgrades of its own. These include restyled front and rear spoilers to further improve aerodynamics, while a new AMG radiator grille and new two-tone multi-spoke 20inch alloy wheel choices are added. Inside, a new man-made leather dashboard top features with contrasting red stiching, while extra AMG logos and a redesigned instrument cluster can also be found. The 2.0-litre turbo petrol engine’s 376bhp output remains the same, firing the crossover from 0-62mph in 4.4 seconds. 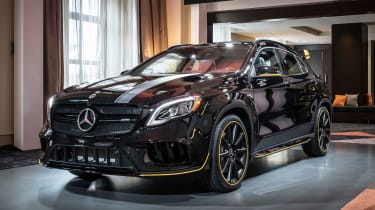 A new limited-run Yellow Night Edition trim is available for the GLA 45, bringing a two-tone black and yellow exterior look, yellow interior highlights, 20-inch AMG ten spoke alloys and a host of extra kit thrown in as standard. This includes the Aerodynamic Package, Night Pack and the Light and Sight Package, plus performance electric memory seats.The Yellow Night edition car is priced from £53,135, and like WhiteArt the limited-run trim will be an option across all Mercedes 'A' cars.

What do you think of the new Mercedes GLA? Let us know below... 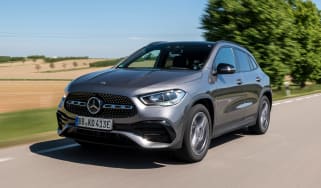 Mercedes has expanded it's hybrid portfolio with this GLA 250 e, we find out it's a welcome addition
New Mercedes GLA 2020 review 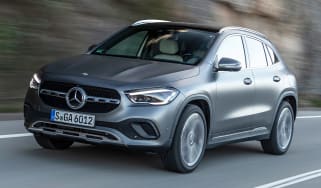 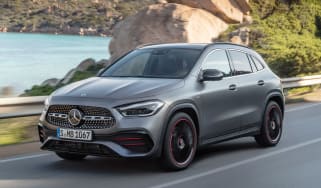 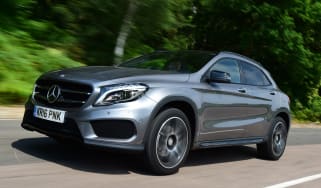