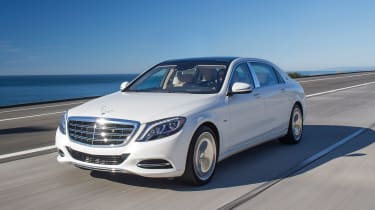 The Maybach badge returning to head up the S-Class range gives Mercedes-Benz the opportunity to better compete in the rarefied, super-luxury marketplace. It's a silent revolution that is comprehensively equipped, subtly restyled and indulgently spacious. It makes for a highly credible alternative to saloons from Bentley and Rolls-Royce. It looks inexpensive compared to such rivals, too, though in terms of outright exclusivity it lacks their brand cachet.

Longer, taller and quieter than any other S-Class, the Mercedes-Maybach S 600 is the pinnacle of the range and a return of the Maybach name to the three-pointed star’s portfolio. That resurrection of the Maybach name gives Mercedes-Benz the opportunity to deliver an S-Class that is better positioned to take on super luxury saloons like Bentley’s Flying Spur and the Rolls-Royce Ghost.  It's more than just a badge on the boot then, as the Mercedes-Maybach S 600 has undergone some serious revisions to live up to its super-luxury goal. Mercedes claims it’s the quietest production saloon car on the road, the entire structure revised to reduce noise from the road, tyres and wind. To achieve this it is stiffer, features more sound deadening in the front and rear bulkheads and even has foam-filled tyres to quieten it on the move. 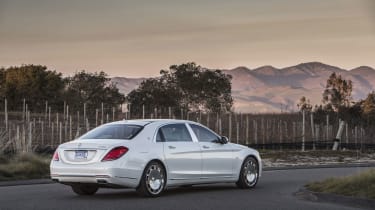 The results are tangible too; stepping from the already hushed interior of a regular S 600 and into the Mercedes-Maybach model adds even more serenity, something that those with the means to afford the £165,700 list price will surely appreciate.  They’ll also be pleased with the additional space, the Maybach changes adding a 207mm stretch over the already lengthy long-wheelbase S-Class. If that’s still not enough the whispers are that a Mercedes-Maybach Pullman will be revealed in the next few months. 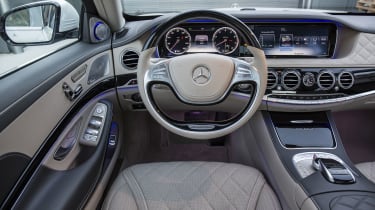 For now plutocrats can indulgently stretch out in supreme luxury, helped by a pair of optional First Class seats - a snip at £7,200 - which recline to 43.5 degrees and massage, chill and heat on demand. If that’s not relaxing enough then they can grab a bottle of chilled vintage Dom Pérignon from the fridge between those temperature controlled seats and fill the (standard) silver-plated champagne flutes.

To be sure the hoi polloi don’t spot you quaffing champers there are standard window blinds too, while the re-profiled rear doors add an extra touch of privacy. 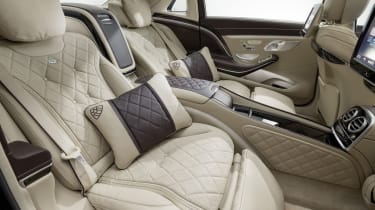 All that luxury adds weight, around 120kg, but with the S 600’s 6.0-litre biturbo V12 engine having 522bhp and 830Nm of torque it’s still indecently quick. The gearbox slips through its seven ratios with silky smoothness, while those 522 horses couldn’t be any more silent and refined.

It’ll reach 62mph in just five seconds from rest, so you’ll have no excuse for missing that important meeting. You’ll be driven, of course, as the Maybach experience is all about the rear seats. The driver has not got a rough deal though; they don’t even have to raise their voice to be heard by the boss in the back due to a subtle amplification that plays their voice back through the rear speakers. 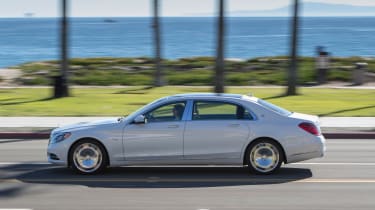 Ionised, scented air keeps the cabin crisp and fresh and the phenomenal 1,540-watt 24-speaker Burmeister sound system gives concert-hall sound if you ever tire of the silence.  Sitting very much at the top of the range Mercedes-Benz has thrown every conceivable bit of equipment at the Maybach. That includes its road-reading Magic Body Control, which shrugs off bumps, lumps and sleeping policemen to provide incredible ride comfort.

There’s a Sport button for the suspension and gearbox, but it’s a bit uncouth and entirely unnecessary here. The full gamut of safety and driver aids means it’s as serene and easy to drive as it is to sit in the back of, while its pricing, specification and sheer breadth of technology make it look like a relative bargain in the world of super luxury saloons.