Another electric MINI is in the pipeline, but it won’t be coming to the UK 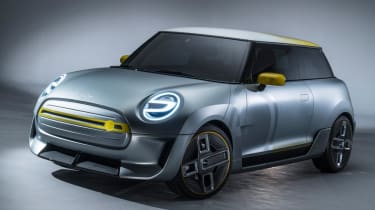 MINI is already plotting its second fully electric vehicle ahead of the three-door MINI E arriving in the UK next year, Auto Express can reveal.

The model will be developed exclusively for the Chinese market, however, and will be built locally as part of a joint venture with Great Wall Motors.

Tight regulations on electric vehicles in China mean that the British brand is unable to export the MINI E to the region – the world’s largest market for electric vehicles. It’s understood the issue with the MINI E comes down to the battery, which is a product of the BMW Group rather than a locally produced part.

MINI bosses are remaining tight-lipped on exactly what form its second electric vehicle will take. Auto Express understands, however, it will be a completely different proposition to the three-door MINI E.

Despite the new joint venture with Great Wall, MINI will sell its EV in China through its existing network rather than create a new setup. Overall, China is MINI’s fourth largest market; over 35,000 cars were sold I the country last year.

This isn't the only exciting news to come out of Asia, take a look at our dedicated Beijing Motor Show page to find out more...