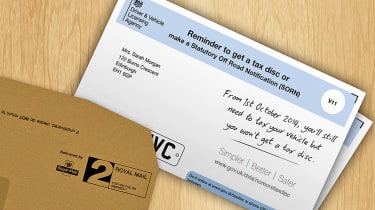 This week’s budget may have seemed a motorist-friendly affair, but a consultation into retrospectively changing the Vehicle Excise Duty (road tax) system for cars registered on or after 1 April 2017 could hit millions of motorists hard in the pocket.

A document produced by HM Treasury laments the fact that the flat-rate VED introduced in 2017 “weakened the link between VED liabilities and carbon emissions after a vehicle is first registered.” To help re-establish that link, the Treasury is considering a number of options, which could all increase the amount of road tax drivers of affected cars pay.

The current system of road tax sees a vehicle’s first-year rate based on its carbon dioxide emissions, with buyers paying between £0 (for an electric car) to £2,135 (for a car emitting over 255g/km of CO2). The first year of road tax is typically rolled into monthly repayments on a new car and, after the first year, the present system sees a flat £145 annual road tax rate introduced.

That could all change if the Treasury’s consultation brings about new policy. One suggested option is to make each annual road tax payment the same as a vehicle’s first-year rate. This means that someone who, since 1 April 2017, bought a car that emits over 255g/km of CO2 would be liable to pay £2,135 in road tax annually.

Another possibility is to extend the first-year rate of tax by a fixed period, rather than in perpetuity, while a third option is to introduce a new CO2-based annual system with a different rate to the first-year rate. The Treasury suggests a three-tier system that would see “as a zero-rating for zero emission vehicles, a lower rate for vehicles with emissions from 1 to 150 g/km, and a higher rate for vehicles with emissions exceeding 151 g/km”.

The Treasury is also considering changing the first-year rate of road tax to introduce a more granular system. It argues that with the current system being based on bands (cars that emit between 111g/km and 130g/km of CO2 pay attract a £170 first-year rate, for example), manufacturers are not encouraged to reduce emissions within those bands.

It proposes a formula that would see first-year VED calculated based on individual CO2 measurements, rather than by broad bands. In the example provided a car that emits 100g/km of CO2 would attract a £125 first-year VED rate.

These changes, the Treasury says, are being considered because “as car buyers are, on average, making higher emitting choices, the government believes first licence VED incentives could be more effective in guiding consumer behaviour.”

Commenting on the consultation, Edmund King, AA president, added: “ The public will expect a fair system of vehicle taxation and hence any changes shouldn’t apply to those that have already bought vehicles in good faith. For new vehicles the first year VED often gets lost in the purchase price of the vehicle but in subsequent years having a fair charge based on carbon emissions would make sense. We would welcome the idea of continuing with a zero rating for full electric vehicles and highly discounted rates for hybrids.”

Click here for our in-depth guide to VED road tax... 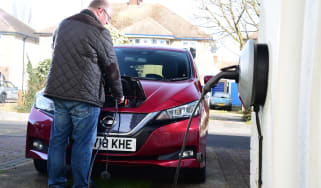