People and businesses installing EV chargers will be able to claim grants for another year, but at reduced rates 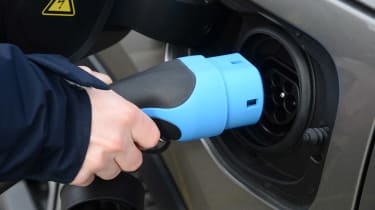 Both the Electric Vehicle Homecharge Scheme (EVHS) and Workplace Charging Scheme (WCS) have been renewed for another year, albeit at reduced rates.

At present, people installing an EV chargepoint at their home, and businesses installing chargers at their property, can claim £500 towards the purchase and installation costs. On 1 April 2020, when the grant renews, this will reduce to £350.

In spite of this, the EVHS - which has supported the installation of more than 120,000 home chargers so far - has been expanded so that owners of larger electric motorcycles can apply for a home charger grant; previously, only owners of electric cars and vans were eligible.

In addition, whereas businesses have previously only been able to receive grants for up to 20 chargers on one site under the WCS, they will now be able to get financial support for up to 40. Over 6,500 workplace chargers have been installed so far under the grant.

Back in January, the Government announced that funding for public EV charging points installed by councils as part of the On-street Residential Chargepoint Scheme (ORCS) would be doubled to £10 million for the 2020/21 financial year.

Now, though, it’s also been confirmed that the default grant councils receive will be reduced from £7,500 per charger to £6,500, in order to allow the funds to be spread over a higher number of local authorities. However, the old £7,500 grant will still be available “in certain circumstances and only on occasions where a local authority has demonstrated a need for this level of support”.

Since its launch in 2017, ORCS has helped more than 60 local authorities install over 2,000 residential charging points. Ministers have previously slammed councils for not making use of the ORCS, but cash-strapped councils have hit back as, even with the grant, they have to meet 25 per cent of the chargers’ cost.

Is this a step in the right direction? Let us know your thoughts in the comments below...