Electric cars are cheaper to own than petrol cars 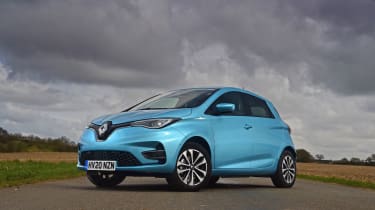 Electric cars are cheaper to own over their whole lifetime according to new research. Even including the sometimes high initial purchase cost of electric models, they are more cost effective than their petrol equivalents over the long term, but the difference isn’t huge.

The average total cost of buying a new electric car in 2020 and driving it for just under 14 years - the average lifespan of a car - has been calculated as £52,133. Doing the same with a petrol-powered model would cost £53,625.

If you take the purchase price out of the equation, annual running costs - including refuelling/recharging, insurance, road tax, MoTs and servicing - work out at £1,742 per year for an electric car, 21 per cent less than the £2,205 you’d pay for an equivalent petrol model.

The data - which comes from Direct Line Group and is based on a comparison of five electric car models and their petrol equivalents available to buy new in 2020 - also shows annual Vehicle Excise Duty, MoT and servicing costs are 49 per cent lower on average for EVs than they are for the similar petrol models.

Recharging an EV is 58 per cent cheaper than refuelling a petrol car, but one area where petrols do tend to be cheaper, though, are insurance costs, with electric cars 25 per cent more expensive to get insurance cover on.

When it comes to depreciation, electric cars hold their value twice as well as petrol cars, only losing 12 per cent of their value per year compared to 24 per cent for the petrol cars.

Anca Young, insight and intelligence manager at Thatcham Research, commented: “Although the cost of lithium-ion batteries used in EVs is reducing, they remain more expensive than conventional internal combustion engine (ICE) powertrains and are therefore generally more expensive to purchase.

“There’s movement towards greater collaboration between vehicle manufacturers with a view to reducing the cost of EV development and production. The general construction of EVs differs from traditional cars and typically materials, parts and repairs are more complex and costly. This makes the overall insurable risk less competitive than many traditional, ICE options.”

Neil Ingram, head of motor product at Direct Line, added: “It is an exciting time for electric vehicles, with a record number of these licenced cars on Britain’s roads last year. Our analysis also shows that with the ban on new non-electric cars set to come into force in less than 15 years’ time, Britons could already be saving money by switching from a traditional petrol or diesel car to an equivalent electric model.

“We expect prices to come down in future, thanks partly to the Government’s commitment to making greener vehicles more accessible, but also to advances in technology ensuring that purchasing, refuelling, maintaining and insuring an electric car becomes easier, cheaper and better for the environment.”

Do you think an electric car would be cheaper for you? Have your say in the comments... 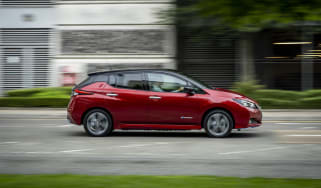