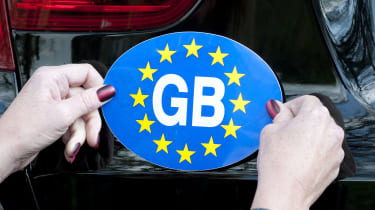 The UK automotive sector, which employs almost a million people, is warning that production will shrink to under a million cars a year, costing the economy £55.4 billion, if no Brexit deal is reached.

No deal would add roughly £2,000 to the cost of electric cars built in the UK and sold in the EU, and make an EU-built EV roughly £2,800 more expensive to buy here.

In a last-minute plea before Brexit transition ends on 31 December, the Society of Motor Manufacturers and Traders (SMMT) asked negotiators on both sides of the debate to “stretch every sinew to get a deal in place by Christmas”.

The SMMT says that defaulting to World Trade Organisation (WTO) tariffs would see UK car production shrink to under a million units a year, down from 1.52 million in 2019, while costing over £50 billion between 2021 and 2025. European car makers have already lost 100 billion Euros due to Covid-19, with trade tariffs having the potential to add a further 110 billion Euros to that tally.

Even if a basic trade deal were agreed, the cost of this to the UK would be an estimated £14.1 billion, with the SMMT saying “Brexit has always been an exercise in damage limitation.”

The organisation, which represents UK car makers and retailers, added: “With scant time left for businesses to prepare for new trading terms, the sooner a deal is done and detail communicated, the less harmful it will be for the sector and its workers.”

The SMMT’s president, Dr George Gillespie, went further: “We’ve already spent nigh on a billion pounds preparing for the unknown of Brexit and lost twenty-eight times that to Covid. Let us not also be left counting the cost of tariffs, especially not by accident.”

Mike Hawes, the SMMT’s chief executive, said he welcomed the Government’s recent plans for a ‘green industrial revolution’, but warned: “Automotive is nothing if not determined, adaptable and resilient, yet, as the clock ticks ever closer to midnight on Brexit negotiations, the competitiveness and employment we need get back to growth – green growth – hangs in the balance.”

How has Covid-19 impacted the car industry? Find out more here...

Everything you need to know about how Covid-19 affects cars, motorists and the car industry in the UK
Current car usage at similar levels to May 2020 despite lockdown 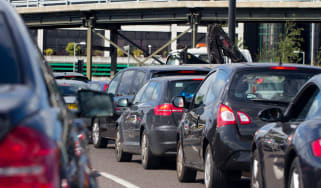 Current car usage at similar levels to May 2020 despite lockdown

New data suggests 10 per cent more cars are being used in the UK now than during the first lockdown in March 2020
Volvo XC40 Recharge T5 R-Design: long-term test review

Final report: Our plug-in Volvo XC40 Recharge T5 has proved a useful step on the way to full electrification
MG and Tesla were the only car makers to increase sales last year 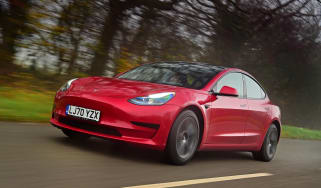 New-car registrations hit a 30-year low in 2020, but two manufacturers managed to buck the trend