First pictures of the all-new Peugeot 108, as the supermini is spotted undergoing testing 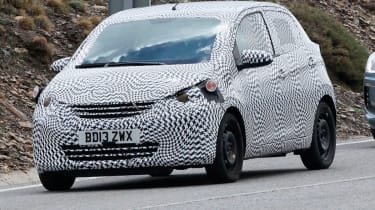 This is our first look at the all-new Peugeot 108, which will also form the basis for the new Toyota Aygo and Citroen C1. It will be a slightly bigger and more practical version of the 107, which it will replace in 2014.

Under Peugeot’s new naming strategy, models ending with an ‘8’ are designed to be a more premium car and judging by the proportions of this prototype, the 108 appears to be just that.

Although every panel on the 108 is hidden from view with heavy camouflage, there are several noticeable changes to the nimble city car.

The rounded front end is in keeping the Peugeot’s new image and its styling is likely to be a scaled down version of the 308 hatchback. The wheels on the 108 are also closer to each corner of the car, indicating an extended wheelbase, which will make for improved interior space and more agile handling.

Looking at the rear of the 108, it has the same boxy stance of the VW Up! but does without the squared-off windows thanks to a more attractive rising lines.

The 108 is still in early stages of development so a price and release date are yet to be announced but you can expect it to cost from around £8,000. 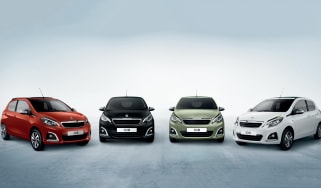 Peugeot has given its entry-level 108 city car minor update, introducing a tweaked colour palette and a subtly revised interior
Peugeot 108 safe from axe and could go all-electric 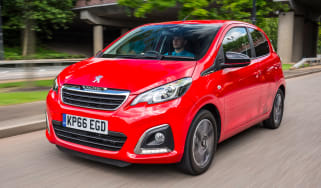 Peugeot 108 safe from axe and could go all-electric

Peugeot boss reveals the 108 will stay in the brand's line-up, while also hinting there’s interest in larger cars sitting above the 508