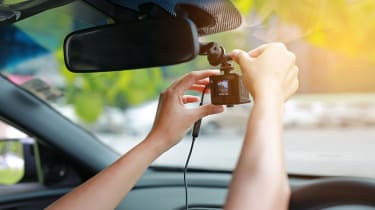 Reaching to adjust your rear-view mirror only to have it fall off in your hand is a common issue on older cars, and can be remarkably tricky to fix. It’s not just mirrors that need to be fixed to screens either – accessories including dash cams, GoPros and aerials for DAB radios all need to bond securely to glass. They need to survive the heat of high summer and the coldest winters, so it’s no wonder they occasionally make a bid for freedom.

Household glues rarely work, so the obvious choice is a dedicated adhesive specially made for the task. The alternative is a double-sided pad which can be cut to size.

To test the effectiveness of four candidates, we used rear-view mirrors from scrap cars and bonded them to a clean, flat sheet of toughened glass, carefully following the instructions provided. With the glass at room temperature, we then applied 2kg of force to represent some extreme manipulation or accidental knocking.

If the adhesives passed this trial, we then repeated it after heating them to 50C in an oven and cooling them to -18C in a freezer. Only one product passed all the tests; on reflection we’ll be sticking with the 3M VHB pads. 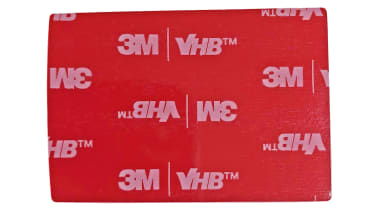 These tiny foam pads are provided with most dash cams, so we know they are strong, but could they hold up the weight of our mirror?

Once we had trimmed the pad to size and removed both layers of the backing – surprisingly tricky to do – the mirror stuck firmly straight away, without the need to be held in place. It passed the 2kg pull test at all temperatures and looked the neatest on both sides of the glass. It’s cheap, too, but buy from a reputable source because fakes are said to be common. 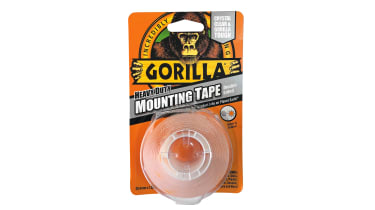 The clear Gorilla tape comes on a roll and looks like the sort of thing you’d use for wrapping paper, but it’s much thicker – and stickier.

It instantly stuck our mirror and managed to survive the 2kg tests at room temperature and being frozen, although only just – it started to show signs of coming unstuck. However the oven quickly defeated the adhesive and a gentle tug had the mirror parting company.

We had high hopes for this because it’s designed for mirrors, but it’s tricky to use and our mirror ended up on the floor after only light handling.

The kit consists of a tube of adhesive and an ‘activated mesh’ panel, which is cut to size. The two are mixed on the mirror, which then has to be held in place for at least a minute for a bond to form – awkward in a car. The mirror held in place initially but came away with very little effort. 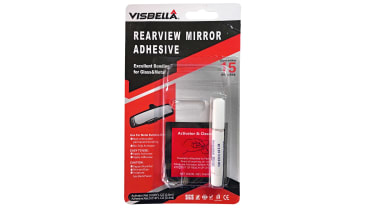 We’ve been impressed by Visbella’s products in the past, but this mirror adhesive kit simply doesn’t work.

It consists of a sachet containing a dual cleaner and activator fluid impregnated into a tiny wipe. This is used to clean the glass and react with glue, which is applied to the mirror base. The first attempt resulted in a weak bond, so we tried again, leaving more time for the bond to form. Each time we got a poor result