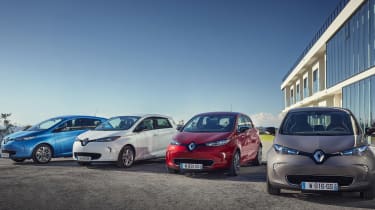 Groupe Renault has acquired a 25 per cent share in smart charging company Jedlix, a Dutch start-up launched by the Eneco Group that specialises in sustainable charging of electric vehicles.

Groupe Renault and Jedlix have been partners since the latter was formed in 2015, with both companies working together to offer EV users better ways to charge their cars. The partnership combines Jedlix’s knowledge of the energy sector with Renault’s EV manufacturing experience.

The first course of action for the two firms is the launch of a new smartphone app called Z.E. Smart Charge. The app is integrated to the driver’s Renault EV and optimises the vehicle charge management when the car is plugged in, so that the EV can charge at more efficient times.

Drivers tell the app the charge level they need and their departure time, then the app supplies the EV with the minimum charge requested by the driver for their journey, with the remaining charge delivered in smart charging mode.

The Z.E. Smart Charge app also rewards users for being efficient and flexible with charging, i.e. charging their EV during off-peak times when the electrical grid is at its quietest. The rewards, which include the equivalent of a full battery charge, are given monthly.

The app will be launched in the Netherlands before the end of the year while the rest of Europe will get it in 2018. The app is compatible with both the iOS and Android operating systems.

Do you think Renault's partnership with Jedix will be a success? Let us know below...