Renault and Powervault partner to use EV batteries in the home 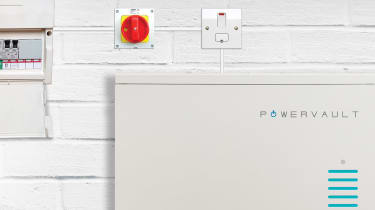 Renault has partnered with home energy storage specialists Powervault to create a domestic clean energy storage system making use of old electric vehicle batteries, which the two firms reckon can reduce the cost of a smart battery unit by 30 per cent.

Both Renault and Powervault have launched a trial of the technology, placing 50 energy storage units powered by second hand electric car batteries in households with solar panels. The tests will explore how well the old batteries perform, and whether a second life application like this for EV cells is realistic enough for a mass market roll-out. 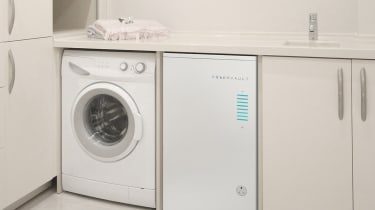 The cells themselves are charged by the solar panels, but can also use off-peak energy from the grid to store charge if there’s no sun around.

While Powervault claims that this could make home energy storage cheaper, it also means that the lifespan of Renault’s EV batteries can be elongated, before they’re condemned for recycling.

The carmaker already runs similar programmes and trials in industrial settings and residential buildings, but this is the first home appliance-friendly application.

Renault says that the batteries used in electric cars typically have a lifespan of eight to ten years, but when used in stationary applications like this that lifespan doubles, unlocking ten more years of use before they are recycled.

Do you think it's a good idea to use old EV batteries in the home? Let us know below...