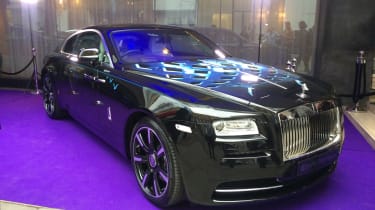 Rolls-Royce has revealed some of the cars set to feature in a nine car run of bespoke Wrath coupes, collaborating with legendary British musicians to commission nine Wraith ‘Inspired by British Music’ one-off collectors models.

Each car is based on the Wraith ‘Inspired by Music’ revealed in 2015 and features bespoke design touches celebrating the musical careers of the artists involved in the project, who have worked alongside Rolls-Royce’s bespoke design experts to create the vehicles. The cars will be sold later in 2017, with a sum of the sales figure of each vehicle going to a charity of the artist’s choice. 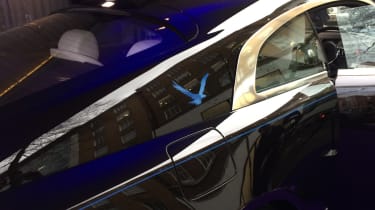 Two of the cars have been commissioned by The Who lead singer and frontman Roger Daltrey – one being a tribute to the band boasting plenty of The Who iconography, and the other inspired by their 1969 album ‘Tommy’.

The ‘Tommy’ car features a bonnet hand painted to mimic the 1969 album’s vinyl sleeve cover, while other elements of the album artwork are found throughout the car – such as the blue coach line and birds. More design motifs are found on the headrests, and the song ‘Pinball Wizard’ has inspired the embroidery work on the leather divider separating the two rear seats.

Alongside Roger Daltrey’s two cars, Sir Ray Davies – former frontman of The Kinks – has contributed to the collection. Lyrics from ‘Drivin’’ and ‘Shangri-la’ feature on the door-flights, while the umbrellas in the doors themselves are engraved with altered lyrics from ‘Sunny Afternoon’. 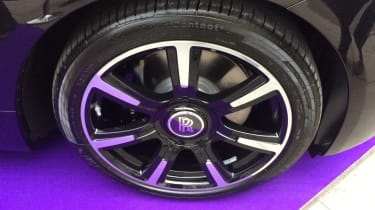 Songwriter and producer Giles Martin’s Wraith is a tribute to his father Sir George Martin, dubbed ‘the fifth Beatle’ by some for his involvement on many of the Beatles’ early hits. The names of 30 number one singles are stitched into the rear seat leather waterfall, while Sir George’s signature features on the headrests.

A handful of forthcoming collaborations have been previewed too. Dame Shirley Bassey’s Wraith ‘Inspired by British Music’ includes nods to the three ‘007’ title songs recorded by the Welsh artist – Diamonds are Forever, Moonraker and Goldfinger.

Two lead guitarists – Francis Rossi of Status Quo and Ronnie Wood of The Rolling Stones – will also add to the collection with their bespoke Wraiths.

How would you design your bespoke Roller? Leave us a comment below...