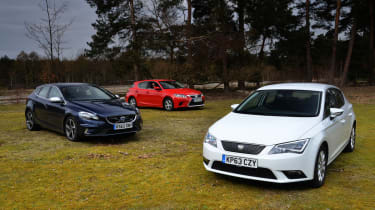 Fuel-sipping family hatchbacks are all the rage these days – and the latest to join the fray is the SEAT Leon Ecomotive. Featuring an all-new 1.6-litre TDI diesel, it emits a mere 87g/km and promises more than 80mpg, making it the cleanest and most efficient SEAT so far.

As with the standard car, the Ecomotive boasts stylish looks, a classy cabin and generous standard kit, meaning it’s as desirable as it is cheap to run. But how will the greenest version of our reigning Car of the Year fare against the recently revised Lexus CT 200h?

With a tweaked suspension set-up, freshened looks and a new entry-level trim, the hi-tech hybrid is out to steal sales from mainstream diesel rivals. Completing our trio is Volvo’s slickly designed and impressively efficient V40, which rivals both the SEAT and Lexus for style and frugality.

Each of our trio represents an eye-catching alternative to the sensible VW Golf BlueMotion, yet which of our penny-pinching contenders takes the spoils in this eco-friendly encounter?

Click the links above to read each review, then read on for our road test verdict.

With a well shaped 380-litre boot, the SEAT has the best load space here. There’s plenty of rear room as well, so passengers are happy.

Both the Volvo and Lexus’ boots are shallow – they have 40cm and 35cm of clearance under the parcel shelf respectively, while the Leon has 50cm. For passengers, the Lexus offers a flat floor but legroom is tight, while the V40 has similar legroom to the SEAT, yet the middle seat is narrow and hard. 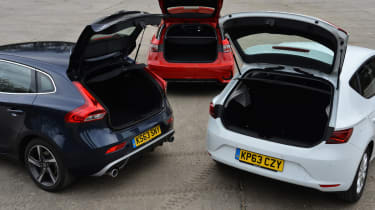 All these cars give information to improve your fuel saving. The Lexus has the usual hybrid energy flow graphic, while the Leon provides frugal driving tips on the small screen between the dials. The V40’s coloured bar graph gives you a visual indication of your fuel-saving driving skills.

Drag-reducing aerodynamics are a big part of achieving excellent efficiency. The Leon Ecomotive rides 15mm lower and has a filled-in black grille. However, both rivals have a lower Cd factor, with the 0.28Cd Lexus being the slipperiest. 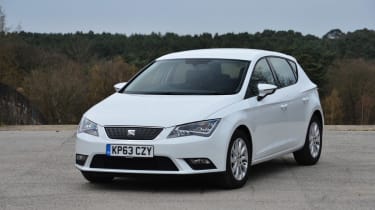 The Leon Ecomotive rides and handles like a regular version of the superb hatch, yet averaged just shy of 60mpg. The standard 1.6-litre TDI is cheaper and nearly as frugal, but this car’s more refined and has a six-speed box. Plus, it emits just 87g/km of CO2. 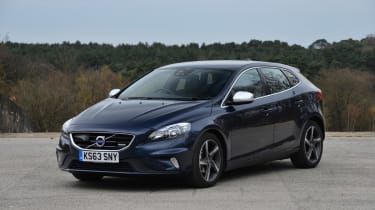 There’s lots to like about the stylish, frugal and well built V40 D2. Its performance and fuel-sipping ability match the Leon’s, but it’s let down by cramped cabin and a small boot. It’s dated inside and the price premium is hard to justify here. 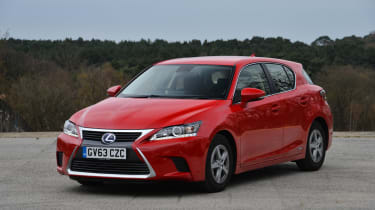 With 82g/km emissions and strong residuals, the CT 200h is an attractive fleet proposition, but the drive is a letdown. The unrefined CVT box, poor ride, vague handling and uninspiring cabin disappoint, and mpg isn’t as good as the SEAT’s.