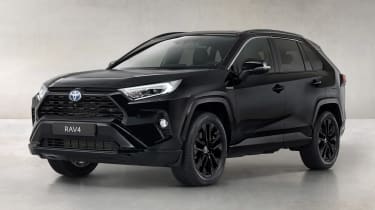 This is the new Toyota RAV4 Black Edition. It’s a special edition version of the standard SUV, which has been fitted with a range of – you guessed it – black cosmetic tweaks. The new model will go on sale in October this year, but prices have not yet been revealed.

Inside, buyers get black synthetic leather upholstery with contrasting grey stitching and a new black headliner, along with a host of additional equipment. Alongside the car’s standard eight-inch infotainment system, buyers get a digital rear-view mirror, a nine-speaker JBL audio system and a 360-degree parking camera.

Like every model in the RAV4 range, the Black Edition is powered by a 2.5-litre four-cylinder Atkinson-cycle petrol-hybrid powertrain, which has a maximum output of 219bhp and 221Nm of torque. Performance figures are yet to be officially confirmed but, like the standard car, 0–62mph should take around eight seconds, while top speed should stand at 111mph.

Like the standard model the Black Edition should boast fuel economy figures of between 47.8 and 49.5mpg and CO2 emissions of between 129 and 133g/km, depending on whether you option the front or four-wheel-drive powertrain. 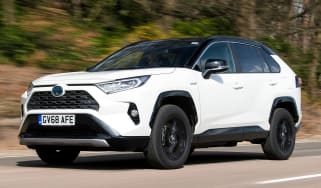 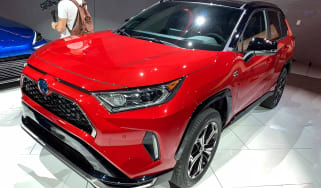