New front-end styling of facelifted crossover shown in official images, after the Nissan Qashqai rival leaked out earlier this year 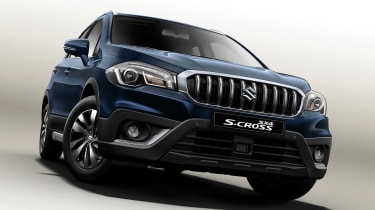 After pictures were leaked out of a French Suzuki dealer conference earlier this year, this is our first official look of Suzuki's updated SX4 S-Cross ahead of it debuting at the 2016 Paris Motor Show.

Although only one manufacturer image has been released so far, we can see a significantly restyled front end for the S-Cross, featuring a more prominent chrome grille that’s been moved further up the bonnet. The headlamps have also been completely redesigned and the bonnet itself gains pronounced lines moving down towards the grille. 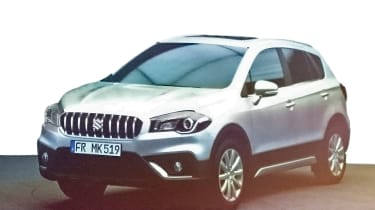 The interior is said to offer "further refined interior quality for a stronger yet more sophisticated character of an SUV". The leaked images show fresh colours on the dash and a new centre console design, too.

Let us know what you think of the facelifted Suzuki S-Cross in the comments section below...