“Here’s to a new decade of enormous change”

The automotive world has changed massively over the last 10 years, but editor-in-chief Steve Fowler thinks the future is exciting 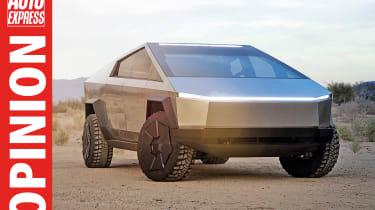 When we started the 2010s, who’d have thought that, as the decade drew to a close, a great many of our news pages would be filled with electric cars; we’d spend time talking about cars driving themselves; much of our lives would be linked to phones that connect seamlessly with our cars; and a tiny American firm called Tesla would end 2019 as the most talked about (and copied) car company in the world?

The shape of the automotive business has changed massively. Would you ever have guessed in 2010 that Vauxhall and Opel would now be owned by a French company? And that, by the end of the decade, that French company, PSA, would be looking to merge with FCA – which of course didn’t even exist in its current form 10 years ago! Chinese car firm Geely, which had just bought Volvo in 2010, has turned that company into a premium car maker with real clout – and we hope it’s about to do a similar job with Lotus.

Jaguar Land Rover has had a decade of ups and downs (mostly ups, to be fair), while the trials and tribulations of Aston Martin continue; but at least it has a line-up of cars that’s more desirable and diverse than ever.

I could go on, but as you can see, if you’d asked me for my predictions at the end of 2009, I’d have struggled to get any of the above correct! So I’m not going to have a go at predicting how things will shape up over the next decade. Instead I’ll leave it to the words of a man who’s helped bring us some of the best cars we’ve driven over the past 10 years – Nick Rogers, JLR’s engineering chief. “We’ll see more change in the next 10 years than we’ve seen in the past 100,” he told me.

We can’t wait and hope you can’t, either. We also hope you’ll be with us for the journey. In the meantime, thank you so much for your continued support – hugely appreciated. From all of us here at Auto Express, have a great Christmas and a very happy and healthy new year.

Do you agree with Steve? Let us know your thoughts in the comments section below...

Tesla's market capitalisation of $81.39bn sees it surpass Ford’s record from 1999, now worth nearly as much as Ford and GM combined
Tesla Autopilot slammed as “especially misleading” by UK safety experts

Tesla’s Short Shorts are emblematic of the firm: controversial, eye-catching, and unlike anything a traditional car maker would consider producing