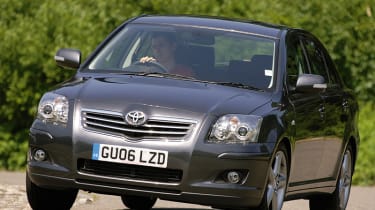 In the latest (and hopefully) final development of the Takata airbag saga, Toyota has announced specific recall figures to replace faulty airbag parts that cause accidental inflations. Nissan has confirmed UK cars will be affected, and Honda also prepares to announce more recalls.

The announcement is the latest of several since the problem was first brought to light back in 2008. Since then, Japan's three biggest carmakers (along with seven others who used Takata as a supplier) have recalled around 25 million vehicles globally.

The latest recall sees at least 6.5 million vehicles added to that globally Toyota has stated that around 1.2 million of those will be European models, with a preliminary estimate of 160,000 in the UK. Toyota's recall will effect models such as the Corolla, Yaris, Avensis, Avensis Verso, Picnic, RAV4 and Hilux built between 2003 and 2007. 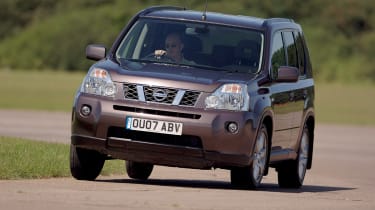 According to a Toyota spokesman, the Japanese parts supplier has "now got a clearer understanding of the issue" and identified the specific cause that saw moisture enter the airbags's deployment system. He also claims that "there are no reports of injury or deaths in Toyota cars" as a result of the issue.

The same cannot be said for Honda, who has previously reported six deaths that were linked to the airbag falsely inflating. The Japanese firm is "in preparations" to announce specific details of European or UK cars affected soon.

Customers affected by Toyota's recall will be contacted by dealerships by phone or post in the next six weeks to resolve the issue free of charge. The recall is being treated as purely precautionary and for investigative purposes.

Nissan has released a statement saying it will "expand its ongoing Takata Passenger Air Bag Inflator Recall Campaign to include additional  model year 2004 to 2007 vehicles equipped with “SPI” inflators".

That will mean a further 100,000 cars will be affected, with the Navara pickup, Almera and Almera Tino, Terrano II and X-Trail. Customers will be notified of what action will be taken in June, with dealers replacing the faulty part in June.

Check out our run-down of the best selling cars in the UK right now...