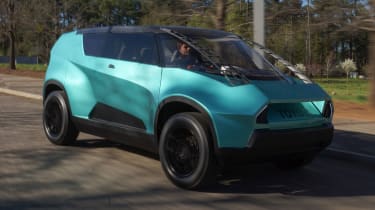 Toyota has joined forces with students from Clemson University in South Carolina to create the uBox concept, a “utility car for 2020.”

The car was designed by the university’s International Center for Automotive Research, and is intended to appeal to ‘Generation Z’ (i.e. people born from the mid-nineties onwards).

The uBox has a boxy, MPV-like design like the original Renault Espace and bodywork that's beset with angles and curves. Standout details include boomerang-style LEDs and suicide rear doors.

There’s also a pair of composite carbon fibre rails that swoop upwards from the front-mounted spoiler to the top of the curved glass roof. 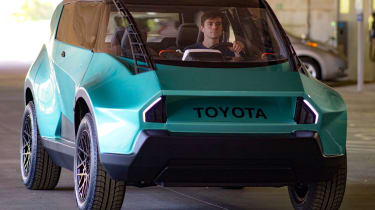 Inside, the highly customisable interior includes seats that can be moved around on sliding rails and a low, flat floor means there’s a lot of flexibility. The idea is that the uBox can be used for anything, becoming a people carrier, van or even a mobile workstation as required.

The uBox is fully electric, which not only allows for emission free driving but the ability to power kit like your laptop or tablet from the in-built 110V sockets.

Plus, the latest developments in 3D printing technology haven’t been ignored; pieces of dashboard trim like the air vents, door trim and dashboard bezels can all be independently designed and printed. Toyota hopes there is potential for an online community to form where people can share the designs for the interiors of their cars. 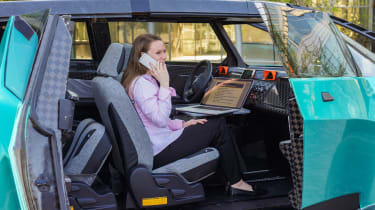 The collaboration between Toyota and the Clemson graduate students, called Deep Orange, was described as “an automotive boot camp”, as it was meant to throw them in at the deep end when it comes to building a car. They were responsible for everything from the initial market research to manufacturing the car itself. The collaboration was described as “very fruitful” by Paul Venhovens, head of automotive systems integration at the International Centre for Automotive Research.

Would you buy a uBox? Do you think this is the future of cars? Let us know in the comments below!