Toyota's seven-seat Prius+ hybrid gets new styling, equipment and suspension upgrades as part of a 2015 facelift 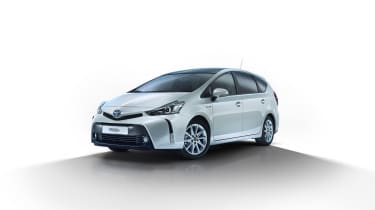 Toyota's Prius+, the only seven-seater hybrid on sale in the UK, has been updated for 2015 with a revised exterior, plus interior changes and more equipment. Full details on 2015 prices will be announced nearer the release date, with the car expected at the end of 2014.

Although the styling updates are far from a radical redesign of the 2012-launched model, the new model has a slightly fresher appearance. At the front, there's a new gloss black grille design and badge, as well as smart LED headlights with additional LED daytime running lights. 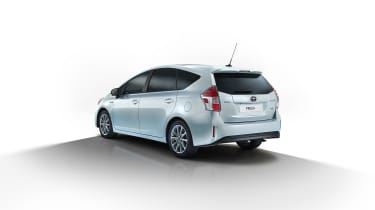 At the rear there's a new bumper design, plus refreshed tailamps and number plate trim. There are also two new colours to choose from on the European version of the car: Dark Sherry metallic and Attitude Black mica. Uk colours will be announced at a later date.

The cabin gets a bit more treatment, with a silver metallic finish to some switchgear, as well as extra chrome trim around the air vents and dashboard. Most importantly, there is now Toyota's 'Touch 2' touchscreen multimedia system, which includes Bluetooth and a reversing camera. This can be upgraded with sat-nav, live traffic information and a text-to-speech function. 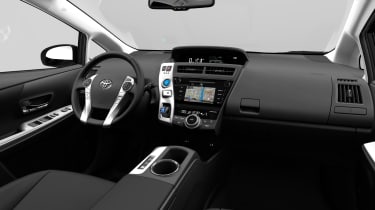 Toyota has done some work to improve the ride and handling of the Prius+, making changes to the suspension damping force. There is also better sound insulation to reduce road noise, and the powertrain has been made compliant with new EU6 emissions standards.

Do you think these changes make the Prius+ more desirable? Let us know in the comments section below.