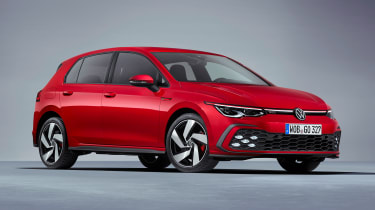 Here is the eighth-generation Volkswagen Golf GTI, which goes on sale in the UK this summer only a few months after the introduction of the regular Mk8 VW Golf.

The UK market ranks as one of the most important destinations for this latest car, given British buyers’ preference for hot Golfs. Around 40 per cent of all Golfs sold in the UK last year came from the GTI/GTE/GTD and R ranks, so in terms of overall share, the GTI is a heavy lifter in the line-up.

Volkswagen has avoided any major alterations to the recipe, keeping the GTI free of hybrid assistance. As on all recent Golf GTI generations, a turbocharged four-cylinder engine sits under the bonnet, sending power to the front wheels exclusively via a newly developed six-speed manual gearbox. However, a seven-speed DSG automatic with paddle shifters is available as an option, updated with a new shift-by-wire system.

The turbocharged 2.0-litre TSI engine now produces 242bhp and 370Nm of torque, and is the fourth generation of the familiar ‘EA888’ engine. While no final performance figures have been issued, that marks an increase of 15bhp and 20Nm over the Performance Package version of the last Golf GTI, so a limited top speed of 155mph is expected, along with a slight improvement on the old car’s 6.4-second dash from 0-62mph. 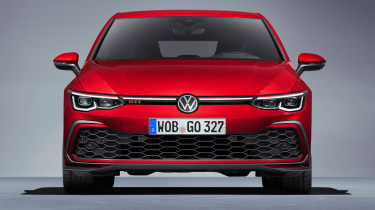 From the outside the GTI remains somewhat understated, the bodykit and spoiler barely any more aggressive than regular members of the Golf line-up. However, VW has re-incorporated some trademark GTI touches into the design, while introducing something new at the front bumper too.

The classic GTI red pinstripe is present and correct at the front, linking the two LED headlights together with a new optional full-width lighting strip lining the car’s nose. Below sits a new front bumper with a large honeycomb-style grille, within which a new optional fog light system with chequered flag patterning is available.

Moving down the sides, the GTI rides on five-spoke, diamond cut 17-inch wheels as standard, with 18 and 19-inch sets optional. However, UK specifications have yet to be finalised so this line-up may change. Wider side sills appear, while around the back the dual exhausts still feature. The GTI lettering is found right beneath the VW badge, in the middle of the bootlid, for the first time. A small hatch-lid spoiler appears too, rounding off the subtle but sporty touches.

It’s a similar story inside, whereby the interior of the normal Golf has received one or two bespoke GTI applications. There’s a new flat-bottomed steering wheel with GTI lettering and red detailing on the bottom spoke, while tartan checked upholstery returns on the standard fit sports seats - but with a twist. The pattern is colour coded across the GTI/GTE/GTD family, with red stripes in the GTI, but blue in the plug-in hybrid GTE and light grey in the GTD diesel. These colour themes are repeated throughout all three models. 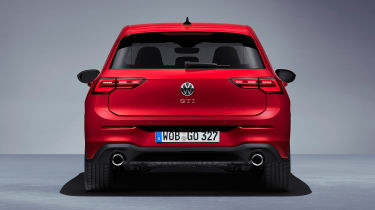 A standard 10.25-inch digital instrument panel sits behind the steering wheel, with GTI-specific graphics. The centre of the dashboard is occupied by an 8.25-inch touchscreen display, upped to 10 inches optionally, although again, UK equipment levels could be different. Ambient lighting with 30 selectable colours swathes around the dashboard and footwells. There’s a new GTI-specific gearknob on six-speed manual versions, too.

A raft of safety and assistance features will be available, while the GTI also includes the latest version of Travel Assist semi-autonomous driving, enabling automatic acceleration, steering and braking at speeds up to 130mph on motorway style roads.

Expect prices to rise a little over the outgoing GTI Performance Pack, owing to the new technology on board; a tag of around £34,000 when the car hits showrooms in the summer seems likely. Further variants of the GTI, such as Clubsport models and track-hardened TCR versions, are expected to follow in due course.

Do you like the look of the new Volkswagen Golf GTI? Let us know your thoughts in the comments below... 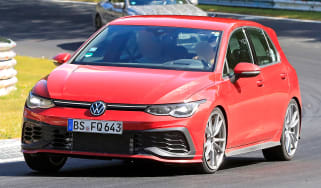