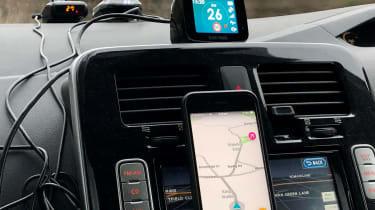 It’s a feeling every driver dreads: the double flash that means you’ve been snapped by a speed camera, or spotted a police van too late. The best way to avoid this is to stick to limits, but with various restrictions, smart motorways and special zones, many motorists are caught out.

A locator can alert you to the positions of fixed cameras and where police units are commonly sited, plus show speed limits. The best ones are dedicated, standalone units, but phone apps are updated more often and cost very little. We tried four locators and four apps to see which was best.

All of the devices were tested on the same route, which took in a selection of fixed and average-speed cameras on A-roads and motorways. We also checked them on a traffic light camera site and passed two commonly used mobile camera locations.

Smartphone apps were downloaded to an iPhone X. Points were awarded for each unit’s accuracy, ease of use and cost.

Once again, the Road Angel Pure takes the top spot for devices, because it still offers the best range of features to help keep your licence clean. However, it’s expensive to buy and run, so might only appeal to high-mileage drivers.

If you are using an app, it’s difficult to beat the Google-backed might of Waze. It’s got the most users and therefore the best crowd-sourced data relating to cameras. 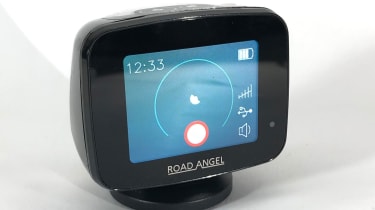 Our previous Best Buy is still convincing. It has a built-in SIM card that allows it to update the locations of speed cameras and limits every 60 seconds. It even takes a feed from Highways England, so knows about changes to variable limits on smart motorways, and has a built-in laser detector which could give early warnings for cameras. It works brilliantly but is pricey, and the top subscription package costs £149 a year. But if you’re a professional driver and rack up the miles, it is likely to be worthwhile. 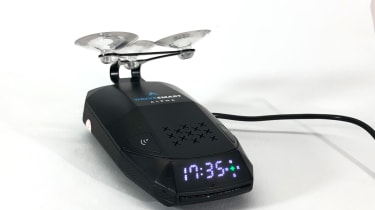 This was the only device which actively detected both radar and laser, announcing if the cameras were live in addition to their location. It spotted all the cameras and wasn’t triggered by rogue radar sources, such as automatic doors. On the downside, it has to be plugged in to a PC to get the latest camera database updates, and it looks and feels like a gadget from the eighties. If you can live with that, it works really well. 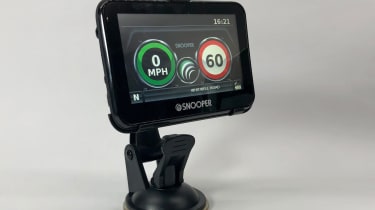 Snooper’s best seller is compact and easy to use, with a touchscreen display which shows the current limit, your actual speed and the distance to the next camera, if there is one nearby. It works well, spotted all of our cameras and alerted us about nearby schools, too, although the company’s database of these needs updating. There’s no live link, either, so the unit needs to be plugged into a computer to get its free updates. 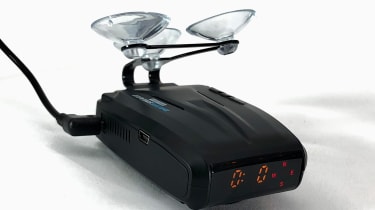 With no fancy screens, it was easy to dismiss the Evo as obsolete. But it uses a database of known cameras and ‘high-risk’ locations, and also has a laser detector. Camera locations were flagged clearly with a synthesised voice and coloured LEDs. There’s no live update, so you have to plug into a PC (Macs aren’t supported) to download the latest information, but it spotted all of our cameras and didn’t alert us if they were facing the other way. 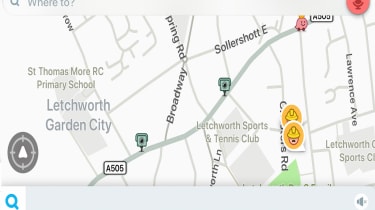 Waze is here because TomTom moved the goalposts by bundling its winning speed-cam app in with GO navigation. As a result, we couldn’t ignore other nav apps with good speed-cam alerts. Waze works brilliantly, taking feedback from its many users to warn of manned speed cameras with two taps of the screen. It links with Android Auto and Apple CarPlay seamlessly, too. Add the fact that Waze is free, and there’s very little to complain about.

Get from App Store 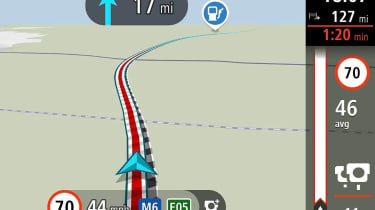 TomTom’s speed cam app was our Best Buy in 2018, but the function has since been merged into the GO nav app. It still works well, and now has CarPlay compatibility. It’s very good on motorways, where it records your average speed between SPECs cameras. But it alerts you to fixed cams even if you’re on the other side of the road, and the reporting function is too distracting to use while driving. 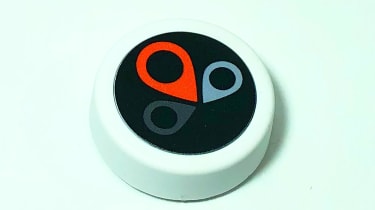 Designed for motorcyclists, the Rideaware app also works for car drivers. It offers a simple screen layout that warns of cameras and potholes, but the clever part is the Bluetooth ‘SmartButton’.

This bottle-cap sized device can be stuck to the back of your steering wheel and clicked to report active cameras or accidents, so you don’t need to take your eyes off the road. It works well, but the app is too unsophisticated for us to recommend.

Get now from App Store 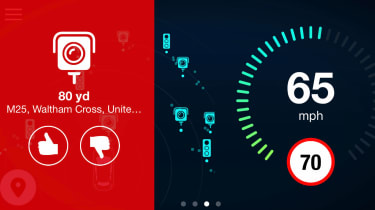 This app earned a Recommended choice in 2018, but it seems the database hasn’t been updated much since then, because several newer camera sites on our test route didn’t generate warnings. In some ways this was a blessing, because the synthesised voice sounded like a drunk robot.

Upgrading to Premium lets you use your phone as a projector to give you a head-up display on the windscreen, but it’s of little use if the data is so old.

Get now from Sygic

Now you can stay safe while on the move, why not take a look at the best parking apps for when you arrive at your destination?