Best driving games 2019: The racing sims you have to play this year 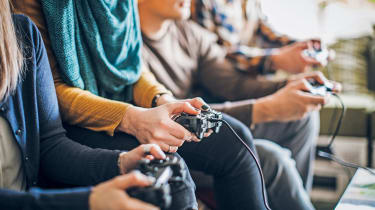 Experiencing the thrill of driving supercars on track and the pride of rising to the top step of the podium is a dream for many petrolheads – but one that is rarely fulfilled.

There is hope, though, because the latest video games provide fans with the chance to sit behind the wheel and get a flavour of the action, with game developers focusing on realistic simulations to make gameplay as close as possible to the actual thing.

From F1 to rallying, and from street racing to go-karts, driving games offer something for everyone. The trouble is, which one should get your vote?

To help you through these long cold winter nights, here we’ve put eight games to the test to find out which one delivers the best all-round package and will keep you coming back for more, hour after hour.

We fired up our console and spent a few hours sat in front of the TV with a gamepad to put the latest releases to the test. We rated them in several key areas: driving dynamics, graphics, sound, range of cars, and tracks and accuracy if they replicated a real race series. The biggest score, though, went to fun and enjoyment because that’s what they’re really all about.

The beautiful graphics, freedom and wide range of cars give Forza Horizon 4 a narrow victory over GT Sport. If you want to go rallying rather than track racing then DiRT Rally 2.0 is one of the best of its generation. 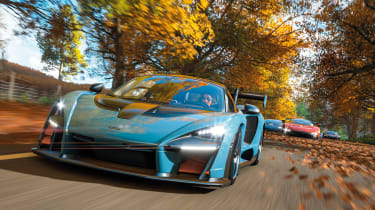 Price: Around £38Rating: 5 starsAvailable for: Xbox One, PC

Our previous winner reigns again, despite having been first released in 2018. Forza usually has a yearly cycle but rather than replace Horizon 4, Microsoft has updated the game with new content such as a route creator, Bond cars and a Top Gear mode. This is enjoyable to play, with a stunning open-world environment mixed with great action. Game modes include racing, rally, drift, and drag, while you can customise your own events, and the car list is one of the most varied of any game. As an all-round package, Forza Horizon 4 is hard to beat. 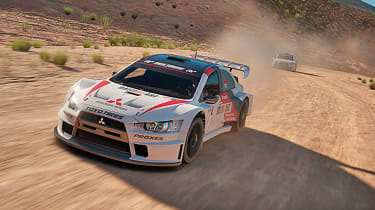 Price: Around £20Rating: 4.5 starsAvailable for: PS4 only

Just like its big rival, Forza, Gran Turismo has issued an update rather than a new version in 2019. GT Sport remains a top game, with incredible graphics and tracks. The cars on offer seem endless, too – and made even better with regular updates. Other improvements since launch include more varied weather conditions and driving-dynamics changes. The livery editor offers hours of fun for creative fans, too. Horizon 4 and GT Sport are very close, and the choice comes down to your preferred console. 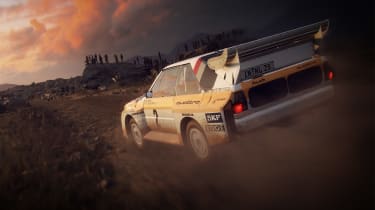 The DiRT series has long been a favourite of ours and this Rally 2.0 is the best yet, mixing realistic simulation with arcade elements to make it easy for all to play. The handling physics are superb and every car responds predictably. The characteristics of the different surfaces are also impressive, with DiRT’s unique track-development algorithm degrading the surface as more cars pass over it. The game looks and sounds great, and is a must for any rally fan. 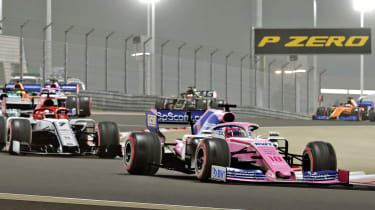 F1 2019 lets fans tackle the most recent season and get a taste of GP2 – and there are few complaints. The cars look and feel great, and the gameplay adds realism via pit-lane strategy, tyre management and manual control of DRS and ERS. The game can also be tailored to each player. Especially impressive is the AI, which makes racing close and enjoyable. The career mode is also great, with off-season driver changes, R&D programmes, interviews and contract negotiations helping keep the game fresh. 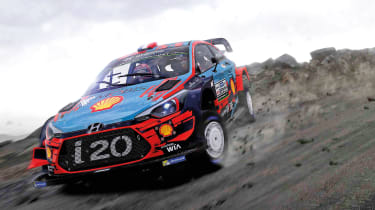 Price: Around £40Rating: 4 starsAvailable for: Xbox One, PS4, PC

WRC 8 is very good and a faithful recreation of the latest season, but it also includes some legendary rally cars to race alongside modern WRC, WRC 2 and Junior WRC models. We previously felt the career mode was lacking but it’s been completely overhauled; now you must manage a team to get the best from the car when you’re out on stage. If you want official licensing, this is a good buy but for pure rally action, DiRT Rally 2.0 is better. 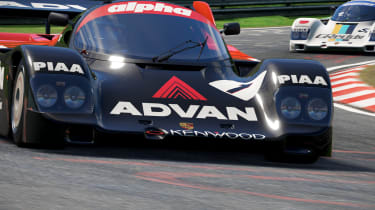 Price: Around £11Rating: 4 starsAvailable for: Xbox One, PS4, PC

Project CARS 2 used to be a favourite, and it’s still a great game with an incredible range of cars, while the action includes a unique live-weather simulation and track-surface evolution. However, there have been limited updates since its 2017 launch and it’s starting to feel its age. That does mean you can pick it up for a bargain price, but a new version has been confirmed, so expect something in 2020, when it could well return to the top of our ratings. 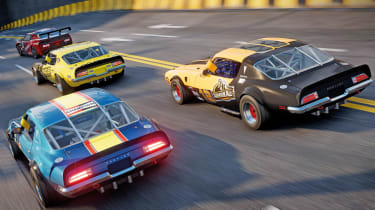 Best price: Around £35Rating: 3.5 starsAvailable for: Xbox One, PS4 PC

Unlike most other titles here, GRID focuses on arcade-style driving with drifting and ambitious overtakes rewarded. The graphics are a match for anything else, but the track selection lets GRID down, and while there’s a nice mix of cars, the game can feel a bit repetitive and narrow. That feeling is carried over into the career mode, which leaves you feeling cold. Overall, GRID is a good game with old-fashioned fun at its core but we just wish there was more of it.

Price: Around £20Rating: 3 starsAvailable for: Xbox One, PS4, PC

The Dakar Rally is one of the most challenging and complicated races in the world – and this official game does a great job of translating the complexity of “rally-raid” into your living room. You can race cars, bikes, trucks and quads across the desert and navigate dunes, dry riverbeds and boggy marshes. However, the environment and vehicles all feel a little flat and never convince you that you’re anywhere other than sat on the sofa.

Did your favourite game make our list? Let us know what you'll be playing this year in the comments below...