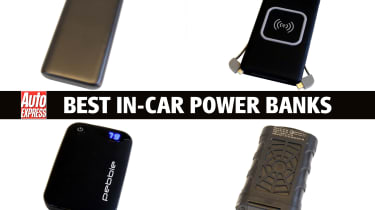 Keeping your battery-powered devices juiced up on the move has become an important part of modern life. In the car, you could trail wires from your cigar lighter socket, or you can buy a portable power bank to plug into.

Choose a capacity for your needs. A Samsung S8 smartphone, for example, has a 3Ah battery, but an iPad Air 4’s is 11.5Ah, so tablets and games players need more than a phone, although occasional top-ups for any type of device don’t require much power. Of course, more capacity equals more weight. So which is the power bank to ease the strain on your cigar lighter? We plugged in eight to find out.

We tried each power pack on various devices to check compatibility, including a tablet, Garmin sat-nav, Kindle Paperwhite e-reader, HP laptop and Samsung Galaxy S6 smartphone. Then we discharged an iPhone 6 and iPad 4 to around 45 per cent capacity and noted how much each pack added to the battery after 30 minutes.

Other factors considered were weight, the number of sockets and their power rating, charging speed, passthrough charging (charging while a device is in use) and extras such as waterproofing, connectors and storage bags.

Balancing features and performance produced some of our closest results. The versatility of the MSC just grabbed a win from the great-value Anker 20100 and the small but impressive Promate. 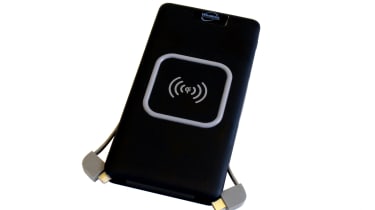 Price: £34.95Capacity: 10,000mAhRating: 5.0Versatility is the name of the game here, with charging options being twin USBs rated at 3.1 Amps, Lightning and USB-C flying leads, and QI wireless charging. It could boost up to three devices at once and featured passthrough charging, so could also be used as a desk device. Its combined 33 per cent increase was about average, and although it was only half the capacity of the Anker, its multiple charging options are a benefit. 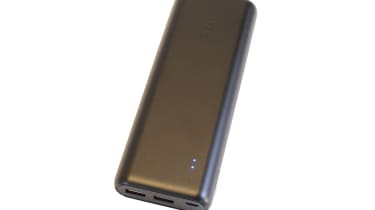 Price: around £32.99Capacity: 20,100mAhRating: 4.5Anker is a huge name in the US, and it has made a reputation for itself by building high-quality products at good prices and topping it off with an 18-month warranty. Weighing in at 357g, this was the heaviest on test but, as it’s rated at a huge 20,100mAh, it was the lightest for its capacity. The performance was a touch stronger than the MSC’s, although there were fewer charging options. The two standard USBs were usefully rated at 2.4A each, but we’d have liked a passthrough facility. 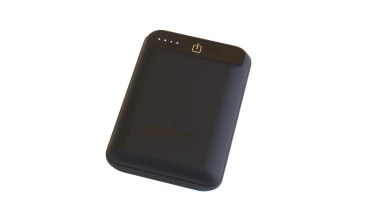 Price: around £34.99Capacity: 10,050mAhRating: 4.5From the heaviest to the lightest we tried, at just 179g. Size is the Promate’s ace card: at 88mm by 60mm, it’s only slightly larger than a credit card and claims to be the world’s smallest power bank. It was certainly wieldy – ideal for a glovebox or handbag – with its twin USB sockets working at a combined 2.4A, and with the ever-handy passthrough. At 37 per cent, the charging figure was up with the best, so we rate this highly for those who put a premium on space. 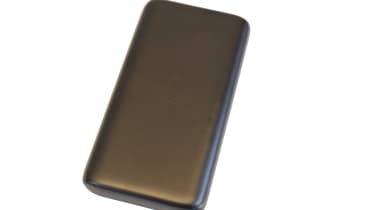 Price: around £24.99Capacity: 10,000mAhRating: 4.0Anker’s second entry again led on value for money, being the cheapest here, and only bettered by its big brother in terms of price per mAh. It was the third lightest power bank on test, and we liked its slightly textured case, which not only made it better to grip but looked good, too. Like most of the others, it showed battery state via a series of LEDs. It’s a shame it had only one USB, although it’s a later 3.0 (blue) version and rated at 2.4 Amps. Still, despite this, it came close to making our podium. 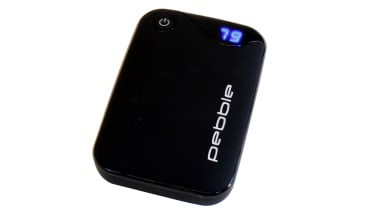 Price: £29.99Capacity: 10,400mAhRating: 4.0The Pebble looked conventional with its matt black finish, but it also had a digital readout of battery capacity, which we rate highly. The two USB 2.0 sockets were rated at 2.1 Amps combined, and a USB-C socket was present as a speedier input alternative to the standard micro USB, although you can’t charge devices from this socket. So close were the scores in this test that if the Veho managed a little more than its charge score of 33 per cent, it could have jumped up several places. 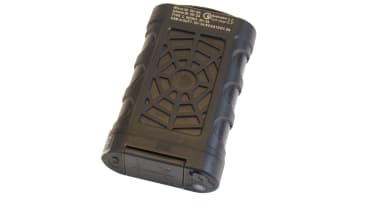 Price: £49.95Capacity: 10,000mAhRating: 4.0If you’re the outdoors type and often drag water into the car, this one is for you. It’s shockproof in its tough, rubberised case and impressively waterproof to IP68 – or full immersion in lay terms. It can even charge while under water via the USB flying lead. Otherwise, this can be used as well as the built-in USB 3.0 socket, and it was only the second device to offer USB-C output. Like the MSC, it can be charged via micro USB, lightning or USB-C sockets. 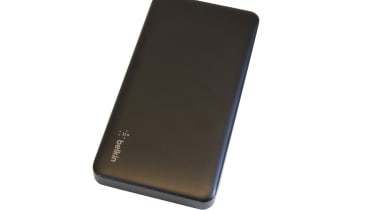 Price: £35Capacity: 10,000mAhRating: 3.5Belkin’s offering was very much an everyman’s power bank, being a rounded-edge rectangular design in matt black, with four LEDs for battery state and two USB 2.0 output sockets rated at 2.4 Amps. At 222g, its weight was also mid-range, although its combined charging performance was an impressive 39 per cent, the second best on test. Having no real stand-out features wasn’t the end of the world, but it seems a bit pricey for a 10,000mAh bank. 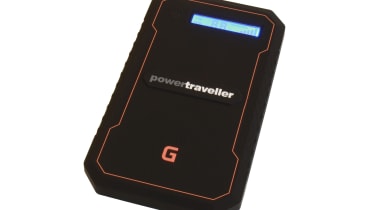 Price: £110Capacity: 12,000mAhRating: 3.0This really is for the world traveller, having four mains power adaptors for charging almost anywhere. It was heavy, at 354g, and much of its weight was in the tough protective casing. It had passthrough charging, a 12V flying socket and the two USB sockets (1A and 2A), with the charge results being the best, at 40 per cent. But it also offered DC charging at 12V, 16V and 19V and was quite happy boosting a laptop. It wasn’t cheap, but is great for long-distance, HD power requirements.