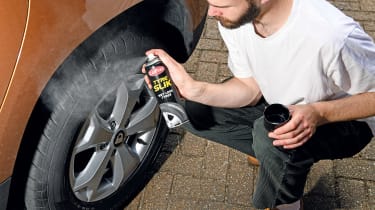 What's not to like about tyre shine? Tyres are key to a car’s looks, just like wheels, not only in their styling but also in their condition. Plus tyre shine is extremely easy to use, as the best products on the market simply need to be sprayed straight out. There's no hard work needed, no buffing, no working - just spray and off you go.

However, even if tyre shine is easy to apply, the last thing you want is it disappearing at the first sign of rain. To ensure our test focused on durability, we conducted it during mild weather, applied our contenders to front and rear wheels and assessed ease of application as they went on. We then monitored the tyres for four weeks. 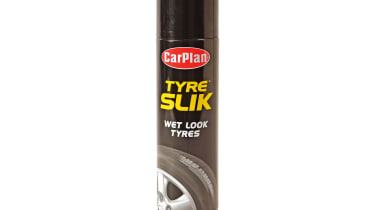 This has to be the most successful product we’ve ever tested, because it has never been beaten. And that remains the case here. While other products have won multiple tests, Tyre Slik is the only one that has never been beaten in the more than two decades we have been running this programme. Rivals may have matched its initial appearance, but once the test was under way few got close on either wheel, which showed markedly different levels of grime.

Tyre Slik led the way on both tyres, topping the scores and finishing with a bigger margin than we’ve seen in recent tests. The aerosol spray went on easily and needed no wiping to get an even finish, and it’s even easy on the pocket. This is one great product. 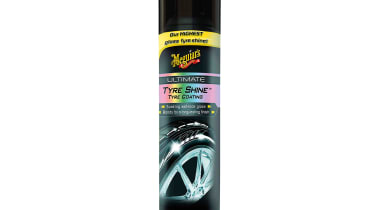 Usually we assess tyre shines in harsh winter weather. But the milder summer conditions were not such a severe test, and there was little to choose between this new Meguiar’s and serial winner Tyre Slik.

The Ultimate Tyre Shine goes on easily, requiring only a few aerosol passes to get an even finish. Meguiar’s says this is its ‘highest-gloss tyre shine’ and it certainly is very shiny – maybe too much for some tastes. It dulls fairly quickly, though, and repels grime well, if a little less effectively than our winner at first. However, it still beads water strongly after six weeks. The one area where our multiple champ had a big advantage is price; it is around a third of the cost of the Meguiar’s.

Simoniz Back to Black Tyre Shine

If Tyre Slik has been our unbeaten champion, then Simoniz is the tyre shine that has got closest to unseating CarPlan over the years. It’s fallen short, but the margins were still pretty close, and this remains a top performer. We had to work a little harder to get an even finish after application, but Back to Black proved resilient as the miles passed, clearly resisting grime build-up, if not quite as well as Tyre Slik. Otherwise, it had a clear margin over the rest of the field. 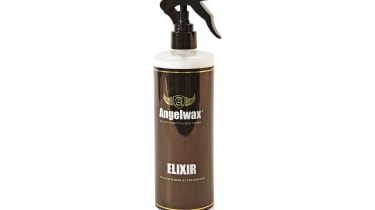 If you prefer the control of a trigger spray applied by an applicator, then this rubber and tyre dressing from Scottish producer Angelwax is the one to go for. Its initial appearance was good and we didn’t have to work at it to get an even finish. During the test it racked up a series of top scores as it resisted the road grime, leaving it in a clear third spot behind our top two. Not the cheapest option, but there’s little wastage with this type of application. 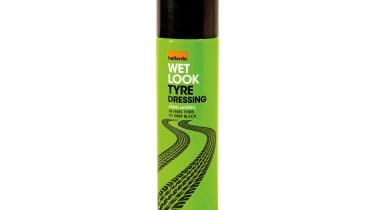 If any of our group were troubled by the changes to our test, it was this regular top-four finisher from Halfords. It started well, and many may prefer its slightly more muted finish to our champion’s, but as the trial progressed it fell back. It particularly struggled on the front tyre compared with the top performers as time went on. However, it was still good enough to see off the rest of the competition, helped by a keen price that was the least expensive here. 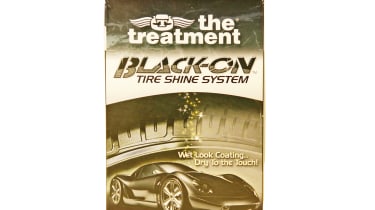 Black-On is applied in two parts. A black base coat goes on with the supplied sponge. You then need to wait up to 10 minutes before applying the top coat with another sponge. It’s messy and time-consuming, and while the result is similar to the Tyre Slik’s finish, it’s not as effective at repelling grime. It was a little behind after two weeks, and not beading water as well as the two aerosols by the end.

Now that your tyres are taken car of, why not get your hands on the best wheel cleaner for sale?