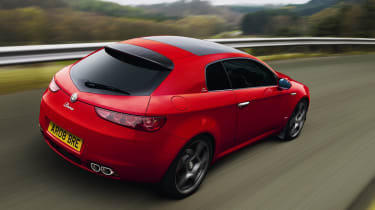 Styling/Image A typically styled Alfa, the Brera was penned by Italian design legend Giugiaro. The stunning coupé shares elements of its design with the 159 saloon, and 8C Competizione. And thanks to its sharp lines and large rear it is certainly a head-turner on the road. It’s also a big hit with Alfa fans, but its bold styling means the sports coupe isn’t to everyone’s taste.

Interior/Practicality With a slightly shorter wheelbase than most of its rivals, the Brera doesn’t offer that much in the way of cabin space. The rear seats are too small to sensibly seat any children, and the Brera also has a tiny 230-litre boot with a narrow opening. Up front it’s a similar story, the leather seats look great but practicality is a big issue, they are narrow and set too high, so the driving position isn’t particularly comfortable or engaging. Equipment levels are good though, the dash’s central section is angled towards the driver, and the deep-set dials, analogue gauges and chrome-ringed switches give a real sense of occasion.

Engine/Performance Unfortunately, the Alfa lacks the performance to match its looks. The standard 185bhp 2.2-litre engine feels under-powered for a car in its class, and although the Prodrive tuned Brera S is a much more competent vehicle, plus it comes with the added exclusivity. With a 0-60mph time of just over 8 seconds the Brera isn’t particularly fast either, in-gear acceleration is short and underwhelming too.

Driving experience The Brera is not a light car and it suffers for this. Lacking the precision and agility of a Nissan 350Z, grip and handling are both below what you would expect from a car in its company. But good brakes, a smooth refined gear-change and weighty steering help restore some faith in the Alfa.

Ownership Costs Ranging from £22,000 to £28,000, the Brera doesn’t offer great value for money especially against cars like the 350Z, but compared to premium rivals like Mercedes’ CLK it represents far better value. Of all the engines the 200bhp 2.4-litre turbodiesel offers the best fuel economy at 41.5mpg.

Safety/Environment The 2.4-litre JTD diesel engine emits a very respectable 179g/km of C02, the best-selling 2.2-litre petrol is quite reasonable for a sports coupe too, emitting 221g/km. It also excels in its safety levels and comes with seven-airbags as standard. 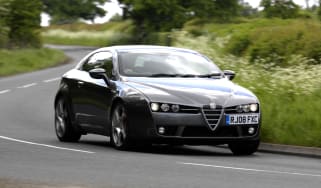 Italian style meets British brains, as Alfa attempts to make its Brera as good to drive as it is to look at.
Alfa Romeo Brera Coupe (2005-2010) review 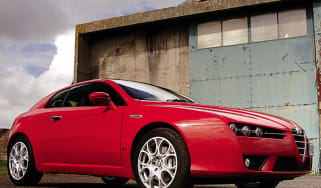 Stunning and charismatic, the Brera fills the coupe brief to the letter. It's a car you would be proud to own and drive.
Alfa Romeo Brera 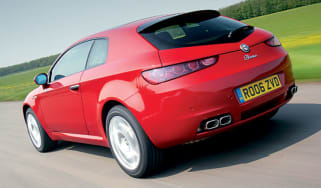 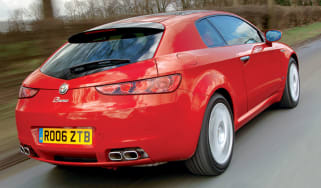 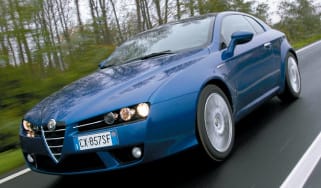 In a world where engineers are building MPVs which drive like sports cars, it's no wonder some experts are claiming the days of the plain and simple s…
Skip to HeaderSkip to Content