The MV Agusta Superveloce Alpine superbike produces 145bhp at 13,000rpm and is limited to just 110 units 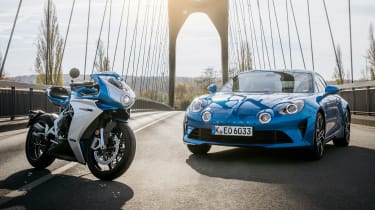 In a nod to the Alpine A110, just 110 examples of the MV Agusta Superveloce Alpine will be made, though interested parties will only be able to enquire through MV Agusta dealers, not Alpine.

The special blue livery matches that of the iconic shade used on the A110 old and new. The A-logos on the bike’s fairings are reminiscent of the badge used on the original sixties A110 road car. The seat is upholstered in black Alcantara with blue stitching, and it rides on a pair of CNC-machined black wheels.

Other details include Alpine branded accessories and straps, while it also features French and Italian flags placed either side of the front fender. Elsewhere, the Superveloce Alpine features a five-inch colour TFT display, cruise and launch control, bluetooth, GPS tracking and is fitted with the Superveloce’s optional Racing Kit as standard. This introduces a tri-exit exhaust system, a special engine management map, a customised bike cover and a rear seat cover.

Do you like the new MV Agusta Superveloce Alpine? Let us know in the comments... 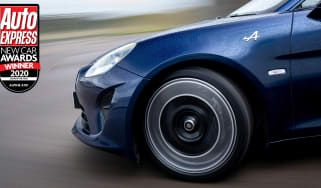